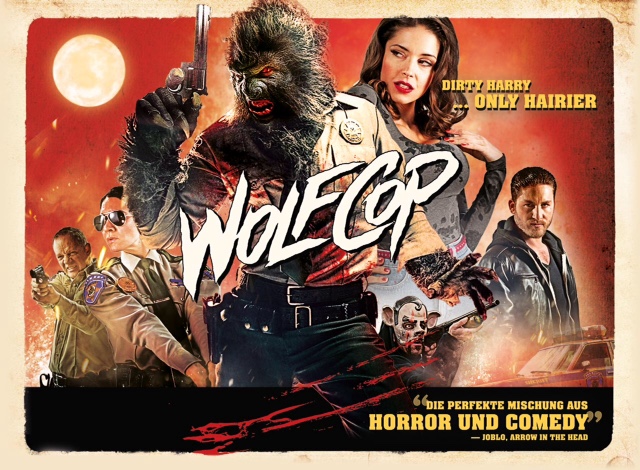 I cannot understate how good this film is,Grind House Indie film making at its finest. With so many releases to coincide with the resurgence of Grind House movies,since Mr Tarantino,and Mr Rodriguez created Death Proof,and Planet Terror respectively.
A film that is generally funny,completely tongue in cheek,without failing on any ideas,and out staying its welcome.
We have Werewolves,Shapeshifters,Devil Worshippers,human sacrifice,somehow fitted into a 74 minute movie,yes in that short running time,this film fits in more action,comedy,violence,than other films running 30 minutes longer. A story about an Alcoholic cop,who is more interested in finding his next beer,than fighting crime,until one night, out of character,actually doing his job for once,he is knocked unconscious,surrounded by hooded figures,only to wake the next day with heightened senses,smells,and finally not hungover for once.

We have had some great Werewolf transformations over the years since the fantastic Rick Baker's American Werewolf in London transformation scene. This film though sets new rules,with the skin literally falling off the hero,to be replaced by full fuzz,with a scene of first turning, but involving his penis,whilst urinating,is equally disgusting,but comedy genius at the same time.
I liked this film,and check on YouTube,and others have equally admired this film,for it's filmmaking skills,a film that got the comedy/violence ratio spot on,with a sequel in the works,and action figures already made of Wolfcop,we have a genuinely modern classic of a film.
I cannot repeat how good this film really is, "Here comes the fuzz" is the tag line,with the best comedy wolf  since Michael J Fox in TeenWolf,with the same violence,and bloodshed as American Werewolf in London,with the same social satire as Robocop,with the newsroom cuts,and the best interview from a witness "It was a fucking WolfCop" is absolutely brilliant.
5/5⭐️⭐️⭐️⭐️⭐️ 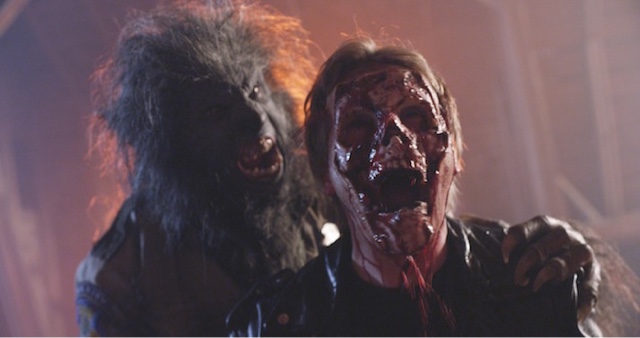