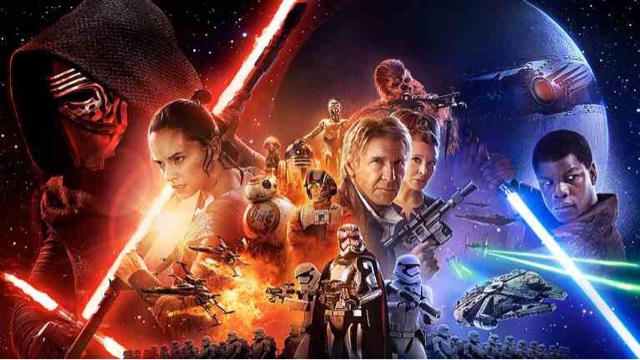 I am a huge Star Wars fan, I have to get that out of the way, I was excited the same as everyone else, to see this,and at first , Well I was disappointed by it,yes it is a blockbuster,will quite happily fill your time with two hours of fun,but that is all. A film that has been terribly hyped,that doesn't live up to that hype.
That is what I wrote in December,to be honest I take back some,if not most of my comments I made about this film in December. Seeing this again this week,I admit I was wrong. Below is part of my original review.

" I get the whole continuium of the story,to set it 30 years later from Return of the Jedi,as a standalone new story would not have worked. But and a big but is the only reason this works,the film only comes alive when Han Solo,and Chewbacca appears,even the very small roles of Princess Lea now As Ambassador Organa,still head of the resistance. Older but wiser,but still a presence on screen.
It was nice to see older faces too such as Admiral Ackbar, and An older Niemnum reprising their roles from Jedi also. I still feel something was missing from this film,and just not very good.
With new characters,some work, some do not, Finn the Stormtrooper, who has a conscience,and defects to the resistance as he cannot kill innocent people,for The First Order. He was easily the best character in this,funny,naive,with a youth and excited attitude to please. He excels every time he is onscreen.

On the other hand the main character Rey,just doesn't cut the mustard for me,a performance so wooden,but then again you do expect that from a Star Wars film,but to make Natalie Portmans performance in the previous prequels,and act worse is what surprised me,why she was chosen. She is a scavenger for scrap metal,and tech,she uses to barter for food, with scrappy clothes,almost rags,but she has a set of perfect teeth,is just distracting for me. But little things like this does annoy me.
Why have a bad guy in black,with a terrifying presence,looking like a dark Samurai,then have him take his mask off,so many times. Did you see Darth Vader without his Helmet? No you didn't,so when he takes his helmet off,we have a long haired preppy looking boy,rather than some evil presence of a man.
Small distractions,but distractions all the same.

We see the millions spent on this onscreen,and the visuals are sublime,it is well directed, I cannot fault any of the filmmaking process of this film. It looks absolutely stunning,but does that make it a great film, well no it doesn't I'm afraid. It is still a step ahead of the previous prequels, yes without doubt,it pisses on them. It is nowhere as good as the original trilogy though
Mixing the old with new is great,but it is not genius,as it has been done cleverly,knowing that is the only way this film will work,without the old characters,vehicles,droids,we have just another Star  Wars universe type film. By bringing back Luke,Lea, Solo,and Chewbacca is the only reason this film works,making it a true Star Wars film. I will not give any plot or spoilers away as it isn't fair,some work some do not, the ending though is very clever,that is all I'm saying."

All in all a two hour blockbuster of a movie,that is very good,the effects,visuals work,with great acting from some of the cast,it is enjoyable,the money is on screen to see.  It is still purely a fanboy piece, made to be in the same vain,if not a carbon copy of A New Hope,Is it as good as the original Trilogy,no it is not.
It is a dam site better than the recent prequels though. Can I recommend it,well yes I can,but only to see for nostalgic reasons,to see a mix of old and young with tho old working much better on screen than the younger actors.
4/5⭐️⭐️⭐️⭐️ 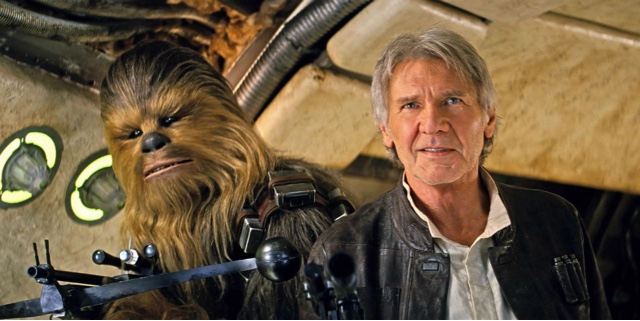 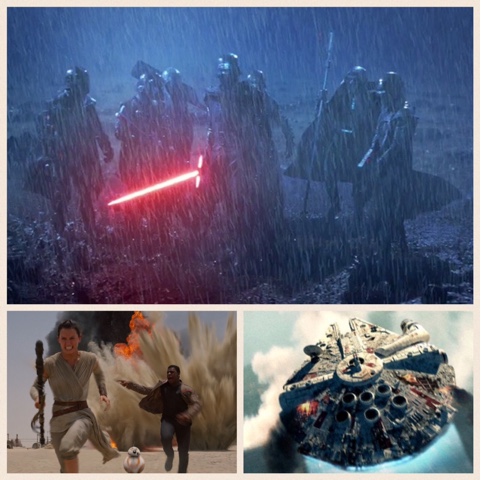