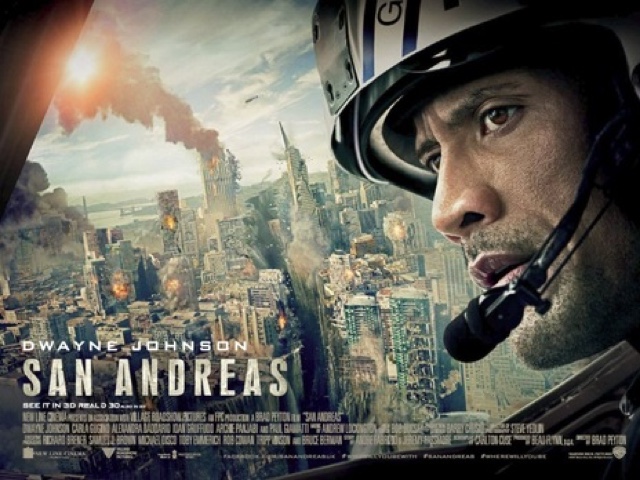 We have another big budget apocalyptic type film,about the San Andreas fault which stretches from Los Angeles to San Fransisco. When the Tatonic plates shifting causing the worlds worst earthquake,with a 9.6 on the Richter scale. With helicopter pilot,and fire rescue Dwayne Johnson,as the titular hero.
In all fairness I had little expectations of this movie expecting the usual big budget flair of a film we get every summer. 2012, years ago was dreadful,The Day After Tomorrow was equally as bad, we have had The Core,Armageddon to name a few that were all dreadful.
Then we have this which is not perfect,it has more cheese in places than a lasagna,but is still enjoyable,with Dwayne Johnson,being quite the decent leading man. Who is determined to rescue his ex-wife and estranged daughter from Los Angeles,and San Fransisco respectively. By any means necessary,and a certain song reminded me of this film "Get Here" by Oleta Adams,
With the lyrics you can reach me by aeroplane,comes to mind,as he flies a Helicopter,a two man Plane,a stolen jeep,and finally a speed boat. Including one scene as a expert sky diver.
The one thing that struck me about the casting choices of this film,is? Why is Carla Guigino always a divorced,or separated Mum in almost every film she is in,for someone so beautiful,and with incredible assets,is beyond me,maybe she cannot keep a man,the same for the casting choice of his daughter Alexandra Daddario,who is only 15 years younger than Carla Guigino in real life. Chosen,and this might just be my interpretation,the fact she is well endowed upfront also,and perfect for the underwater swimming scenes,in a low cut top later on. Shame as she is an okay actress,and I have enjoyed her in Texas Chainsaw,and Burying The Ex,which she was there for her acting,and nothing else.
Yes this film is far from perfect,to the predictable ending of the estranged marriage,and falling for each other again,in the face of adversity. The sickening ending of an American Flag waving in the rubble,and Dwayne saying "We will rebuild " is as corny as f@@k,and ruined the film for me at the final stages. Then again I'm not American,so I don't get Patriotism,I don't get sentimental over my flag The Union Flag,but maybe that is just me.
Plus points the effects,are outstanding,faultless Infact,Dwayne Johnson isn't a bad actor,and is becoming quite the leading man,Carla Guigino is just gorgeous,so is Alaxendra Daddario, and easily the best actor in this and makes the entire film is Paul Giamatti as the Seismologist who had been warning about these quakes,then no one listens till it is too late. A standard big budget fair,that is completely watchable,the effects are outstanding,a great disaster movie,to fill your time for 100 minutes.
3/5⭐️⭐️⭐️ 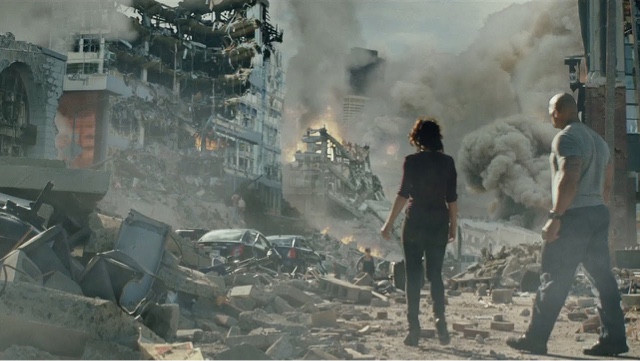