A remake of La Femme Nikkita was never gonna be an easy task,following the classic from Luc Besson. I know a lot of people hated this remake,but I thoroughly enjoyed it,and watching it again recently, I realised that it is such a shame Brigette Fonda gave up acting in the early 2000's,as she was a great actress,and was the golden girl of Hollywood, following Scandal,and Shag, and Single White Female.

We all know this story a drug addict,who kills a cop,giving the chance of redemption,by taking part in this secret Government operation,to become a hired Assassin. With lessons in how to become a lady,posture,speaking elequently, oh and learning how to use a firearm,and to Kick Ass.

Being thrown in at the deep end,believing she is on a date with her Boss, Bob played by Gabriel Byrne,halfway through dinner he gives her a firearm,and informs her to take out this VIP and his bodyguards,just tables away,he leaves her to do the deed,which she does,but barely gets out alive. This was her final test,and end to her training.

In the meantime Maggie falls for a normal Guy J.P. Whilst trying to live a normal life,she is called apon to take missions,and execute, various dignitaries,which she becomes a natural.
All the while longing now for a normal life,which Bob agrees to,if she carries out this extremely dangerous job,and Hit,and if she survives she is free to leave.
With some great action set pieces,and directed by the reliable action director John Badham,with fantastic support from Gabriel Byrne,and a fantastic performance from,Harvey Keitel as the Cleaner,sent in as a last resort to clean any bodged hit,playing almost the same role a year later in Pulp Fiction as Mr Wolf.

A better than average action thriller,starring an on-form Brigette Fonda,directed brilliantly by John Badham,yes still La Femme Nikita is the better film of the two,this remake is still thoroughly watchable, with a TV series of the same Character name made in the 2000's named Nikita. Yes I can recommend this great nineties film,a great year 1993, for some great thrillers,and action films.
3/5⭐️⭐️⭐️ 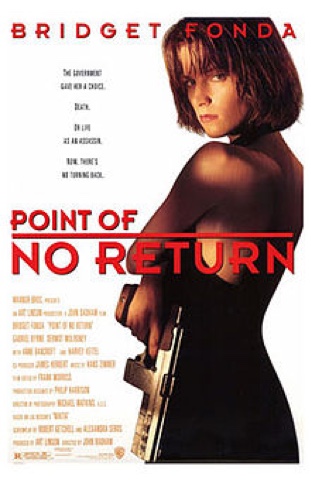