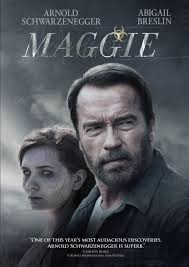 This is a film I really desperately wanted to like,with so many positive reviews,so I finally watched the other night. I was so disappointed by it, a film that in the end achieves nothing. Even brilliant acting in this could not save it from being mediocre.

When Wade's daughter has been missing for two weeks,after being recently bitten,and infected,instead of putting her family through heartache she runs away. Wade finds her quarantined in a hospital,and persuades the Doctors he will look after her. Much to the displeasure of his second wife and family.

We have a slow film in the end about a relationship between father and daughter,and how much he will do to protect his own flesh and blood.

As I said it is slow,with nothing happening at all in some scenes, so very clever of the trailer to show an apocalyptic world,with Zombies,when you see three in total in the whole film. The acting is above average,especially from Abigail Breslin who actually looks like a teenage girl,terrified what is happening to her,as the virus takes her slowly. Schwarzenegger is decent,but actually does not say a lot,it is all about looks,and longing for her to be normal again. 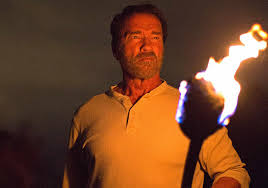 Why this is a 15 is questionable,as we have little to no violence in this,it could have even been a PG or 12 rating.
We have left a different take on the Zombie genre that fails,with no Zombie,or threat at all,makes you wonder why the Government is panicked about this pandemic,as it takes six to eight weeks to incubate.
The plus points,the make up is very good,and seeing Abigail turn very slowly,is very well filmed,and photography is fantastic,to the eyes slower getting deader and deader,to her dead arm,with maggots infested in the bite she received.


As I said it is well filmed,really well acted,but that is that,we have a film that in the end is about nothing,and you feel cheated after watching it,that 90 minutes of your time has been taken up,for nothing really. Do not be fooled by the trailer as it is made to deliberately deceive,if you fancy a slow burner of a zombie film watch Open Grave,which is a different take on a zombie movie, not action packed but at least that leaves you with a sense of dread. This films just leaves a sense of disappointment.
2/5☆☆ 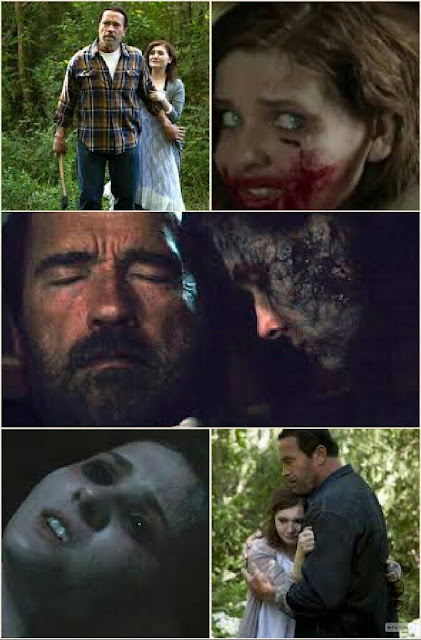