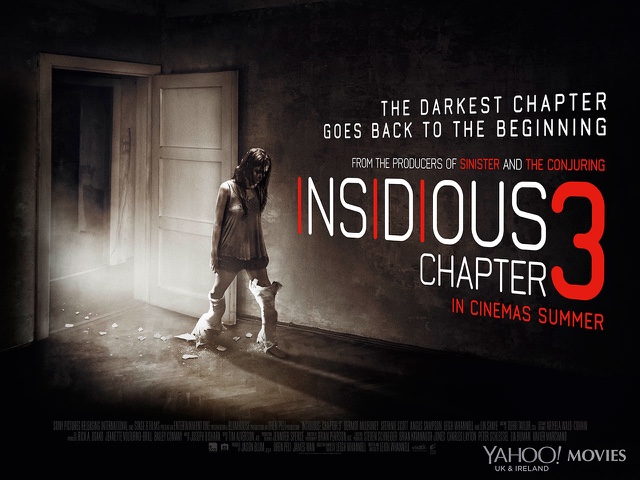 As I have reviewed Chaper 1 and 2 and being disappointed by both,I still had to have a look at Chaper 3,and you know it isn't half bad,better than the previous two,giving a larger role this time to the most interesting character of the franchise played by Lin Shaye. I am also hoping that this is it for now,for this franchise,a nice trilogy rapped up,with this explaining the other two.with an origins back story.

It worked for one reason,the performance from Stephanie Scott who plays Quinn,the grieving daughter of a now single Dad,loosing her Mother to Breast Cancer only a year before. With her unsuccessfully trying to contact her Mother,she approaches Lin Shaye's medium, Elise Rainer,for some guidance,to which she tells Quinn you never call out to the dead,as they all can hear,and not always the right one appears. In this case a disgusting dark spirit has been summoned,a skeletal man,decaying and wearing a breathing mask,who somehow manages to take the souls of other young girls,by convincing them to kill themselves,forcing them to live in the Dark Further with him forever.

We find out the Further  is where all damaged souls go,a purgatory,or hell you may call it,where we meet again the old hag of a woman,determined to kill Lin Shaye's character. Yes this film is still not scary I'm afraid,you are able to guess all the jumps,and if you have seen the trailer they show most of them anyway,which spoilt everything, as I was aware of what is going to happen next. The film is saved though from the great performances from all involved in this film,to the genius of bringing back the same skinny man from se7en as Sloth,to play the Breathing man,to Lin Shaye having a greater role,to the introduction of her side kicks, "Specs" and "Tucker"who are just internet fakers in this movie,with no real ghost hunting skills.

The film is not entirely without any jumps though,the scene when Quinn is knocked down by a car,was so good,unexpected and literally made me jump,thinking "what the fuck" is easily the standout moment of the film,with as I mentioned earlier such a great performance from Stephanie Scott,as Quinn,and if you have pre-teen children,who watches The Disney Channel,you will recognise her from the programme Ant Farm. With such a grown up role,for someone so young,who is actually a teenager playing a teenager,is why this film works.

If this hopefully is the final Insidious film,they have saved the best till last,yes you can second guess where the jumps are going to come from,but with performances from Michael Ried MacKay As the Breathing Man, Stephanie Scott as Quinn,and Lin Shaye in a greater role,we actually have an interesting film,that has it's creepier moments,if you are a person who doesn't like bones cracking,avoid the scene where Quinn kicks off her casts from her two broken legs,and walks on them,hearing all the bones breaking once more is quite sickening.

A return to form for the franchise,especially with the disappointing second Chaper,just treading on the same ground,yes this film is still familiar,but with a different twist,and a different malevolent Demon Character is why this film works.
4/5⭐️⭐️⭐️⭐️ 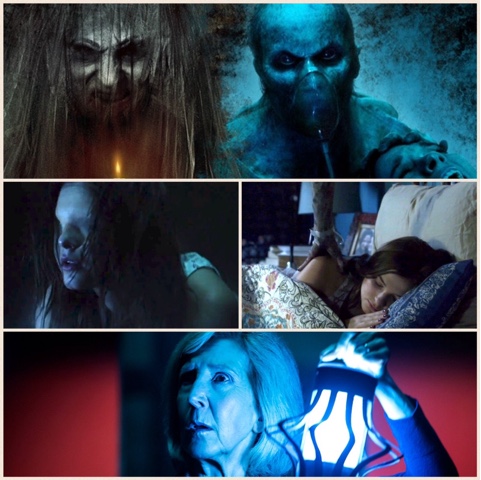