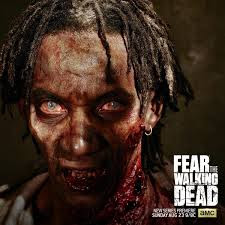 Episode 4 "Not Fade away"

After the first three episodes being really good,and getting better every episode,we unfortunately have the first filler episode.
The Army have now quarantined the neighbourhood,no one in,no one out,but a feeling of safety to all residents. The infected are quarantined in a local college. The Army appears to have everything under control,the dead zone outside the quarantined area,no one lives,except that Christopher,Travis's rebellious teenage son,can see someone trying to message for help,using a mirror as Morse code. Even though the military says everyone is dead. It turns out in any zone if any infected are found,the whole area is euthanized,including the non-infected. Which Madison realises,as she sneaks out into the dead zone,to put Travis's mind at ease,she witnesses the Army executing non- infected folk.
With the Army eventually taking Madison's son,as he has a temperature,and they think he is infected,but in reality,is just drug withdrawal. They take Mrs Salazar who broke her leg in episode 2,and promises to treat them both. With Mr Salazar saying,from his El Salvador days,those who are taken away never return.
A disappointing episode as I said before,cannot believe that in a 6 episode series we have a filler episode,which is not the best.
2/5☆☆ 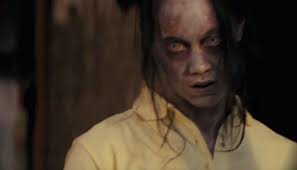 A return to form in this episode,with Madison not trusting the Army,who convince her that her son is safe,and getting the best treatment,yet he is locked up in a makeshift prison,being constantly monitored for temperature changes. Mr Salazar is convinced his wife is in danger,so using his daughter who has an attraction to one of the Army officers,they kidnap,and he eventually tortures the officer,into the Army's real motives,and what does Cobalt mean. They find operation cobalt, is the term used, to when the Army retreet,they will execute all the residents in the Safe  Zone. Ruben Blades who plays Daniel Salazar,who may not be the refugee,and victim of abuse,but may have actually been an officer himself in the troubles in El Savaldor,and knows all about extraction,and mass killings,this is his episode,with  Him being being the aggressor,and torturer,without a blink of an eyelid,we know what he did in his older days. This is where he convinces Madison,and Travis, they need to break out and find his wife,and her Son,before they are all murdered,as the Army has started pulling out of the Safe zone.

We are introduced briefly in the previous episode to Mr Strand,an influential business man,who is being kept alongside Travis in this makeshift prison. Who has an influential personality,in bribing the Gaurds with Rolex watches,and expensive cufflinks. He eventually makes his escape with Travis.
Daniel Salazar, his daughter, Travis,Madison,and her other kids sneak into the city to rescue Travis,and Mr Salazar's wife,with the best distraction ever,by opening the college doors,to loose out the walkers ,which overrun the army,and allows them to sneak inside the holding facility. With this being easily the most violent episode so far,and we see walkers,hundreds of them finally,quite happily chomping on the Army officers,who in fairness deserve what they get,with Mr Strand eventually meeting his Army officer who he bribed,being eaten alive by a walker,who pleads to be killed,and yet Mr Strand says "he isn't dead enough yet" leaving the zombie eating him alive.
Mr Salazar realises his wife has been killed,and finds a mass grave with burnt bodies. Travis turns into quite the badass,and Madison is going to be a tough cookie,and great leader. With the mysterious Mr Strand willing to take all of them on his luxury boat floating out at sea. 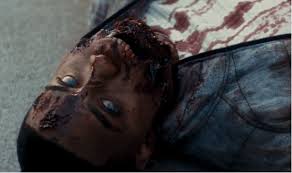 An explosive ending to a short series,which has real potential,with great characters,and some really great acting. With a multi national cast being made up of Spanish,New Zealand,Australian and English Actors make this first season outstanding. I personally cannot wait till season 2. The DVD is a  great picture quality,with it being no different to the HD AMC channel,presently on TV. It is a two disk set,with disappointingly few extras,just two small documentaries about the casting,and shooting of this great series.