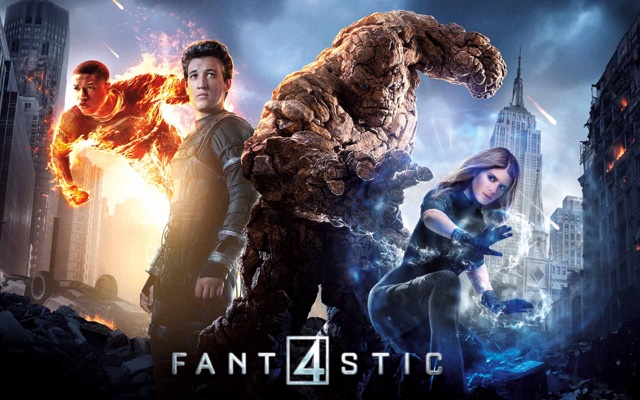 Well is Fantastic Four a fantastic flop, well no not in my eyes anyway, inside this film is a great film
Waiting to get out. With so many people with so many theories,and online speculation, it is so hard to figure out who is right.
With talk of studio interference,and other Directors being brought in to complete the film,with so called rushed reshoots,Josh Trank being forced out of the editing process,with special effects experts,being replaced,or fired. This film was pardon the pun "Doomed" from the start.
With the brilliant chronicle under his belt, Josh Trank was clearly on the radar,for many Hollywood studios, with Fox offering him this almost immediately,to design it from scratch,to reboot a franchise,that has been unfortunately so badly done before.
The problem I hear was any plot lines,character development was leaked online,to be debunked by fans,bloggers,social media,killed this film from the start.
With ideas the four would be teenagers,angered the fanbase,and the Internet lit up,which to a lot of speculation panicked the studio,with Trank's  now involvement with this project.

As I said previously inside this film,is a great film wanting to come out,with the first third, admittedly slow,but still interesting,with young adults,experimenting with inter dimensional travel,with a teenage Reed Richards,creating his first attempt,by  using speaker cable,and tinfoil,which is mocked at by Victor Doom,who said Reed  was lucky not to create a vortex,that could have swallowed the entire galaxy.
This part of the film worked,it was interesting,I liked all the characters,I actually thought that this was going to be a decent movie, the worst thing is,it still could have been,but with no middle third,the production of this film,cuts straight to the action set pieces,not showing us how the four,get used to their newly acquired powers.
With a ninety minutes film crying out for at least another half hour,or even 45 minutes,could have made this film excellent.
With once again online speculation of interference from the studio,forcing cuts,strange edits,and apparently complete reshoots,makes this film a complete mess. Like other great films being messed with from the same studio, and I'll give some examples, Nightbreed,Daredevil,Alien 3,X-Men Origins The Wolverine. They have a history of actually ruining their own productions of films.

With probably the best,and closet to the original Victor Doom,so underused and rushed,with a fantastic performance from Toby Kebble,the scenes with him crushing,and exploding people's heads is absolutely brilliant,to have him return to this other dimension,to create a vortex,and black hole,to suck up earth,so he can become a God,is so rushed,it is unbelievable. With some great ideas from Trank,not being able to be seen,or panicked by studio executives,to change,or delete his ideas,to appease a fanbase,that in the end destroyed this film anyway.

Why not fucking take the gamble,and let these indie directors,with great vision,to make the film they want. As I said within this film is 5⭐️ film wanting to come out,but by taking out most of the story,to rush to a 90 minute film,instead of it letting it run for maybe another 45 minutes,we have a film that makes no sense, I'm hoping a directors cut will be available so we can make up our minds.
With great early character development,characters we actually like,to see them use their powers more,would have made this film unbeatable, with so many ideas,not being able to develop naturally,is such a shame,as this film will always be remembered for the production shambles it has turned out to be.
2/5⭐️⭐️ 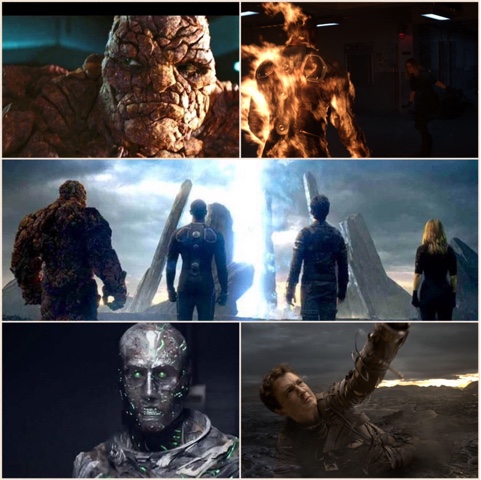