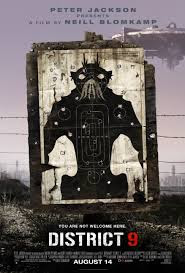 This film put a certain Director,and Country firmly on the map. South Africa,not usually the choice of many directors, especially the slums of Johannesburg.

But with these new beings bring new prejudices,and xenophobic behaviour from the local human population,with the normal slums,being the new home to these beings.

With constant checks from the Government to make sure,they are not using,or creating,new Alien Tech,when a governmental agent is exposed to some alien DNA it starts to transform him into a human/Alien hybred,which the government quickly take advantage of,as Alien technology,is DNA coded,so can not be operated,or used by Human hands,including their advanced weaponry. 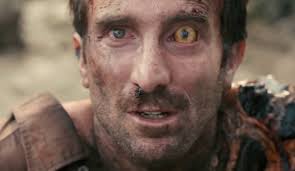 This film also Introduced us to Shartlo Copely,a fantastic South African actor,who has been in many great films since this debut, except of cause for A Team,but he was still one of the best actors in that film. With a scene stealing show in the Old boy remake,and an excellent performance in Open Grave,an excellent new take on a Zombie virus. Sorry of on a tangent then,but this debut is still the best of Neil Blomkamp's trilogy of sci~fi films all set around the Johannesburg area, costing $30,000,000 dollars,but looking more than 3 times that amount,with co producing from Peter Jackson,and Weta his digital company  created after the Lord Of The Rings trilogy,helping with CGI,we have one of the most intelligent movies,based on Alien's

With the Alien setting being the metaphor for apartheid,is genius.with the hatred,and persecution of this race of beings,we have one of the most intelligent sci~fi movies created in recent years,we have violence,bloodshed, almost racial hatred of these Alien beings,with a message,and general heart,that as a country it was so wrong. 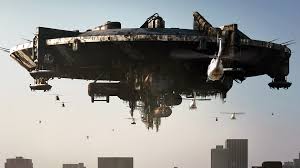