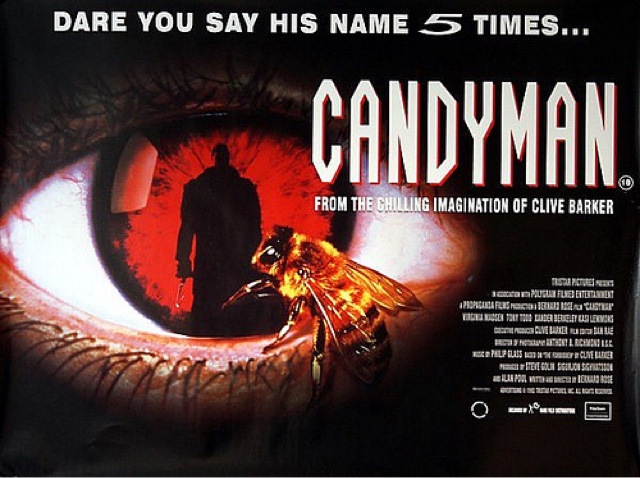 One of the only and best Horror films of 1993, starring Tony Todd,and Virginia Madsen,based on urban legends,on a black slave,being Tourtured,and being left to die whilst being stung to death by bees. The name became a legend,especially amongst the inner city areas,with the name Candyman,and if you repeat his name five times in front of a mirror he will appear.
With a mature student writing a piece about urban legends,this becomes her signature piece,and almost an obsession,with unsolved murders in the neighbourhood,with her being convinced it is linked to this urban legend.
From the mind of Clive Barker,and director Bernard Rose,we have this tale about inner city life,and poverty,especially amongst the Black community's in America,set among Towerblocks,and run down areas in Chicago,with no funding from any Government,with an attitude to just get on with it,leaves these family's living in fear. And I get the whole boogeyman theme,being the fear of neglect,like the titular character who was picked on,for being different,and having a different skin colour,and being a talented artist,and business man,the White population never liked this.I know this is a horror film,but being made so soon after the Rodney King riots In the early nineties,is a very brave film to make,about race. At least that has always been my interpretation of this great movie.
With the Producers worried about the race element,but why can't a vengeful spirit be a black man,who was unlawfully killed,with the original story being based in Inner city Liverpool in the UK,the director wanted it moved to inner city America instead,we have a film with a Horror element,also about poverty,race tied into to an urban legend. With Tony Todd not being the first choice,but actually being quite the Horror actor,appearing in the Final Destination franchise,Night of the living dead remake,and the recent indie film Live/Evil, among two more Candyman Sequels.
4/5⭐️⭐️⭐️⭐️ 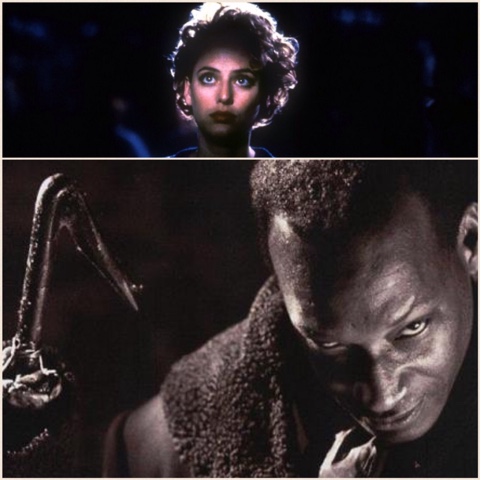 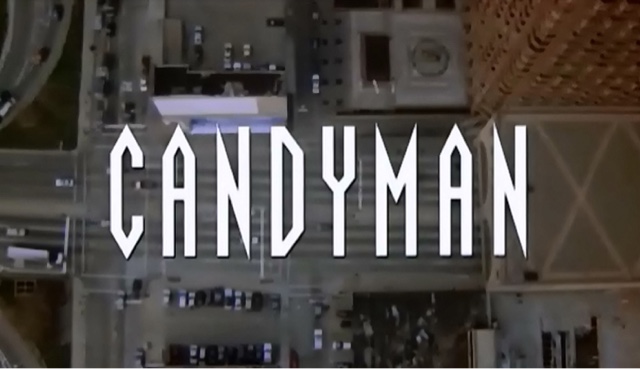