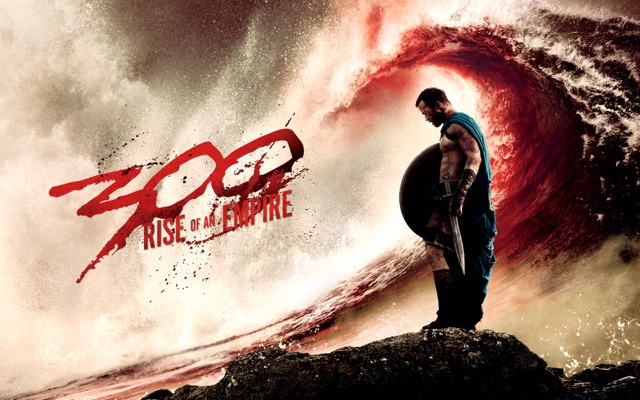 Well it took almost 6 years for another 300 movie,yet again based on Frank Miller's Graphic Novels,but this time an unreleased title. Set as a prequel,parallel and sequel all in one to the original 300 movie. With the Greek Armies wanting to take on the Persian might, with the Spartan story running alongside this film,with them not wanting to join the Greek Army,and wanting Glory by themselves,thus leading to the death of 300 from the previous movie.

The problem I had with this film,was just little things,but they just annoyed me. The reason I shall tell you,the whole 3D element of this film. I watched the 2D version,but the thing that annoyed me was,the fake CGI,dust floating around almost every scene,put there for one reason,the 3D element,and once it got in my head,I couldn't stop seeing it.
The fake CGI blood and gore,just seemed an excuse to have it floating around and in slo-mo purely for the same effect. Such a shame as it has,  as many great set pieces,battles,and violence as the first film,even an onform Eva Green,who is scarily vicious,and creepy,couldn't quite save this film though.

It is well acted,well directed.the visuals are stunning,including the Sea battle,and burning seas,being easily the standout scene of the movie. I just found something wasn't right with this movie,and I couldn't let it in,if that makes any sense. The sex scene,that was susposed to be the highlight of the film,was just laughable,even with Eva Greens breasts out,still didn't save this scene,the most ridiculous scene I have seen in ages,with some of the most bizarre sex faces I have ever seen on screen.

Just let Eva kickass and kill like she does later on in the film,with some of the most over the top death scenes,and swordplay,more of this would have made a great film,but most of it we just see her grimising,and barking orders. A poor film in the end,made I think for the sake of being made. With more blood on screen,to hide all the floors,in the script,a big disappointment for me I'm afraid.
With the ending only just being saved,from very clever animation,and the use of Black Sabbath War Pigs,otherwise this would have been a one star film,but the use of that song upgraded it one more star for me.
2/5⭐️⭐️ 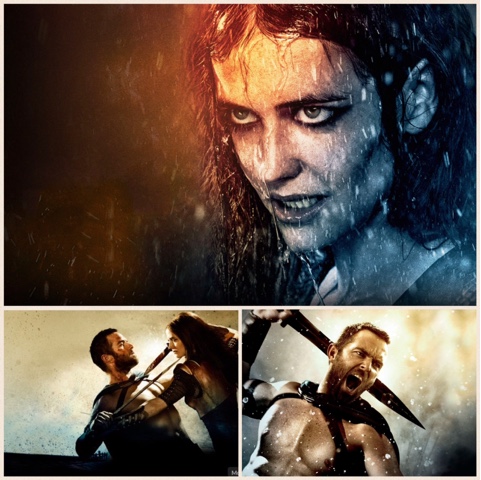