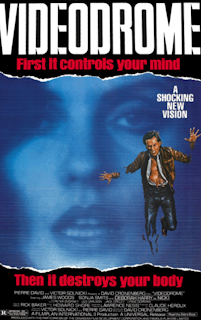 ⚫️ Updated review, I watched this again last night and wanted to re post it.

It was 1983 the real start of the VCR revolution,with the models becoming more readily available, and affordable, a film once again by David Cronenberg ahead of his time, about the wanting of more material that is available this time on TV and VHS cassettes. A film about a small cable Chanel wanting to show groundbreaking television, with an accidental find of a pirate tv Chanel showing real life torture called Videodrome. It turns out this broadcast when watched gets into your mind, which will develop into a tumour in your head, that will give you violent Halucinations followed by death.
Directed by David Cronenberg, and Starring James Woods, and a young Debbie Harry, in this violent, almost pornographic nightmare, of State sponsored snuff movies, which when broadcast,using subliminal imagery, that turns those who watch into drones,with violent Halucinations,followed by Death.

With some of the most depraved imagery seen on screen, including the image of James Woods stomach turning into a VCR, but looking like a vagina, and the usual blood and gore violence you would expect from a David Cronenberg movie, I can remember watching this during the Eighties, bizarrely on VHS, and repulsing me then, so I really need to have a decent  re-run of this movie to see if I would still be offended by this movie. But with groundbreaking effects,and prosthetics  created by the Genius of Stan Baker, of American Werewolf fame, we have a truly disgusting film about mind control, even though dated is still a great movie, with James Woods on top for at the height of his fame and career.
5⭐️⭐️⭐️⭐️⭐️ 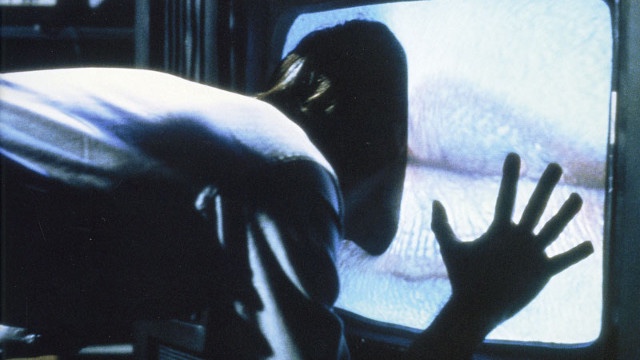