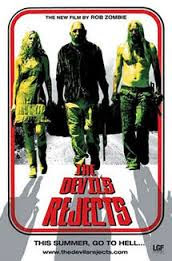 The remaining Firefly family are on the run,after the original film,with Baby, Captain Spaulding,and Otis,being hunted down by the Determined Sheriff Wydell. And yes this film is as depraved and sickening with violence again. But more grounded,and realistic,without crazy Doctors,and Zombies in basements.

A road movie of sorts,which is ten times the original film was, like a sick western,but with no real good Cowboy to route for. Just these three sick individuals cutting through Southern America, literally.

With the opening scenes the sickest I have seen,with a woman escaping from these psychos,after being tortured,and wearing the Dead skin mask,of either her Husband,or boyfriend,after escaping into the road,and being knocked down,by a huge lorry,spreading her across the highway.

Even critics hated this depraved film,more than House of a 100 Corpses,with more negative comments,but I believe the fan Base preferred this film, I know I did,the Family seem less maniacal,still dangerous,but the whole film feels less Horror,and Slasher related,but more about survival,as the Sheriff,and State Troopers are closing them down.

With a realistic ending,with no happy ending,and in all fairness we all know the outcome for this family,which I'm glad Rob Zombie had the nerve to do,rather than dragging out pointless sequels,with the filming not as strange,and art house as the first one,we have a much better film,still sick,still violent,but more realistic,and not crammed down with too many Horror cliches.
3/5⭐️⭐️⭐️ 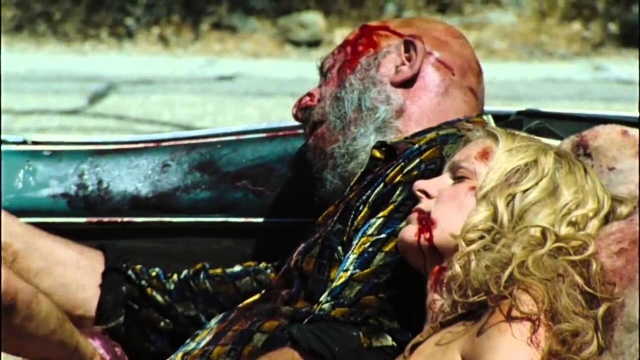