Severance - Film Review (2006) Directed by Christopher Smith.Distributed by Pathe. Celebrating its tenth anniversary this year,where oh where does time go. 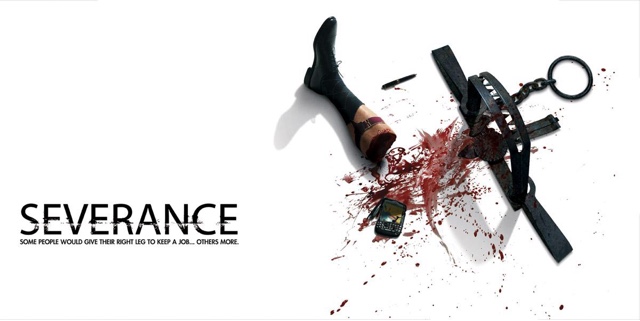 What do you get if you add Danny Dyer,a bus load of co-workers on a team bonding weekend,In Hungary,ex Russian Soldiers,and a cabin used for dodgy covert activities we have Severance.
A film my uncle called "just Cruel" that is unbelievably violent,with normal people,being forced into extraordinary circumstances,who have to fight for their lives over a weekend,from sadistic soldiers,who are happy to decapitate,disembowel,tie someone to a tree,and set them on fire using a flame thrower.

Yes this film is sick,the blood looks real,the violence is sickening,but underneath it all is a really genuinely funny dark comedy,with Danny Dyer,now an Eastenders actor,and a dodgy action star,in straight to video films. He was actually a really funny actor,and this and his early work,he was a real likeable cheeky cockney. But he had to turn into the cocky wideboy we see him as now.

The other star of this film,and to show the men how it is done,and how to survive is Laura Harris,who is known for her work in 24 series as Marie Warner,she starred in the Faculty also,amongst other Tv shows. She is the real muscle in this film,with Danny Dyer's character being quite wimpy,but still has a wicked sense of humour throughout all the carnage happening. She is the true survivor in this film.

With very witty scenes to counteract the awful violence on show, such as Toby Stephens arguing that decapitation is the kindest way to die,but you are aware of it till the final seconds. Then when he is decapitated via a very large knife,and his head rolls away,he looks at his body bleeding,and smiles knowing he was right. To someone standing on a bear trap,that completely severs his leg,and then putting it in a fridge in the vain hope of having it sewn back on.

It is a nasty film to watch,but you actually feel guilty for watching it,and then enjoying it as it really does have its moments of funny scenes,and guilty pleasures, directed by Christopher Smith, the Director of Creep previously,he then went on to direct the Mind funk film Triangle,with Melissa George,which I will be reviewing over this weekend. A fantastic violent funny Horror,that will have you feeling guilty for actually enjoying this quite perverse film.
3/5⭐️⭐️⭐️ 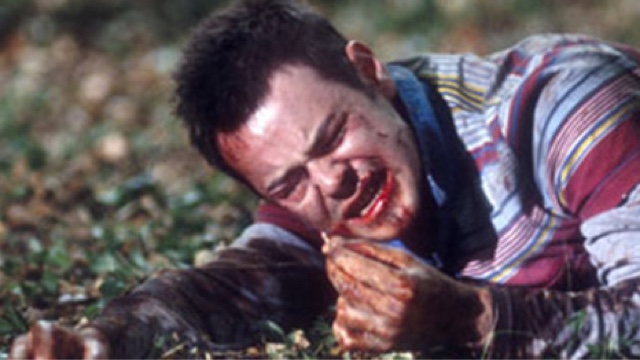