Schwarzenegger's Best effort in the Nineties,after a run of dire comedy films,he pulled this great film out of the bag.End Of Days-Film Review 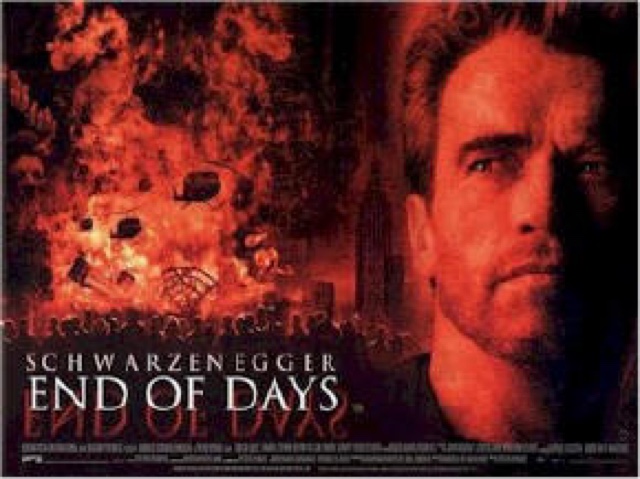 I'm betting your wondering why this film is mentioned in a Horror style blog,well probably because although starring Arnold Schwarzenegger, it is a bloody good film,and in fact one of his better efforts in the late nineties. A film to commemorate the end of the millennium, the dreaded 1999 to 2000 crossover where computer systems were going to crash.software glitches,that bring us back to the Stone Age. Did it happen of cause not,I just ended with a hangover like most people on the morning of 2000. This film was released to scare the the average person about the end of days happening on the eve of 1999 Directed by Peter Hyams. With a prophecy about a child being born in the 70's,chosen to be the child bearer of satan himself,to be reborn,and bring Hell on Earth. Although not really original in anyway,it still is an enjoyable film,with a darker edge to Schwarzenegger normal roles,especially after the dire comedy's he made mid nighties,following the very poor Mr Freeze in Batman And Robin,when in all fairness he was the best one in it. Starring Gabriel Byrne as the Prince of Darkness,and Robin Tunney as the woman chosen to carry the baby of the Devil. As said previously it is not an action film,not really a Horror film,it is still a very dark thriller,with an on form Arnold Schwarzenegger,and Gabriel Byrne camping it up to the hilt as the Devil walking on earth. With some quite disturbing scenes,and great demon type make up,we have an enjoyable romp of a film. I always liked this film,with it being 16 years old now,it is still a good film. With a great performance from Mr Schwarzenegger, who even now apart from the recent dire Terminator effort,we in the Uk have his Zombie film portrayal Maggie to look forward to in November, I'm hoping he stays away from the usual action roles he was once famous for,now in his mature years,and carry on taking new different roles. 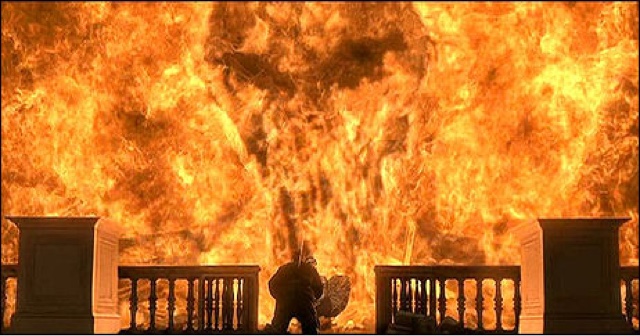