Night Of The Demons 2 Film-Review

on November 05, 2015
Angela is having a party, at Hull House your all invited 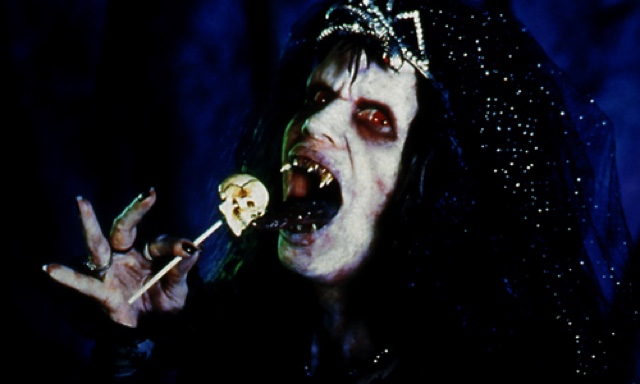 I'm reviewing this never seeing the first,but it has been on my Netflix recommendations,so I gave it a go the other night. I'm surprised how I enjoyed this,with the humour/ violence ratio just perfect. As I've never seen the first,I had to piece pieces together,Mousie a young shy,quite girl,lost her sister Angela 6 years earlier,to a supernatural event,at Hull House.

Cut to years later she is in a Catholic boarding school,with strict Nuns,and Priests. Angela now resides at Hull House,waiting for visitors to knock on her door,to kill,and turn them into Demons too. When bad girl of the school,gets herself banned from the school dance, Shirley decides with her boyfriends Rick and Z-Boy, alongside with Bibi,Terri and Mousie they go to Hull House to raise the dead. The rest of the story is Angela and her fellow Demons taking out the teenagers in gruesome ways.

Now this film is very daft,the violence is over the top,and quite simply made to not be taken seriously. The Demon Makeup on the other hand is really creepy,and even scared me a little,and I'm a grown 42 year old man. Even writing this looking at the image above is a little disturbing. The plus points of this film the makeup is truly terrifying, Bibi played by Christi Harris is quite simply stunning,and without doubt the best part of this film,well for me anyway. The final brilliance of this film is Sister Gloria who is played by Jennifer Rhodes,who is a Ass kicking Angel of the Lord herself ,who will send any Demon back to Hell,using Rosemary Beads as nunchucks,and super soakers filled with Holy Water. I loved the fact this film looked so like an Eighties film,even though it was filmed mid Nineties. An absolutely enjoyable silly romp of a film,that will quite easily fill 90 minutes of your time,with laughter,violence,and to be honest really creepy Makeup which scared me even a little. 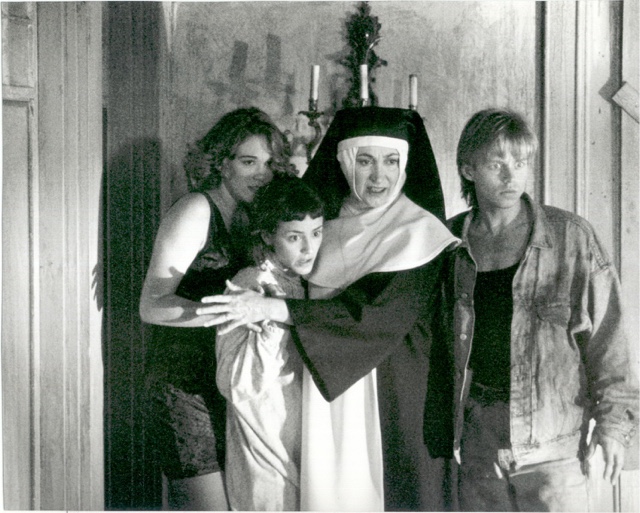