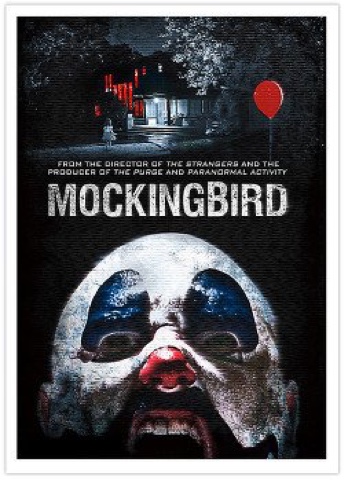 This was a film made in 2012, but only released two years later to the VOD market, and obviously DVD, with no theatrical release. A shame really as it is Bryan Bertino's second feature, after scarring us shitless in The Strangers. Now I was watching this last night without realising this,and actually thinking it reminded me of The Strangers,and a little like Vancancy.
A story of three separate people all one night given a gift of a video camera,with just simple instructions to keep filming, we have The Family, We have The Woman, and finally we have The Clown.
When the Family, and the Woman are plagued by and taunted by some unknown presence, outside their Homes, and apartments respectively, with multiple gifts, getting scarier, and more sinister, involving video cassettes of them sleeping in their beds,and a snuff movie of a child being killed.
We then see Leonard the Slacker Character,who's Video camera comes with instructions, about dressing as a Clown, and performing pranks, with an eventual meeting at 105 Mockingbird Drive to present a surprise Cake.
We have three narratives happening at the same time, that to be honest, really works well, with the terrifying tension of two of the characters, and then the comic relief of Leonard, who naively believing he is to be payed $10,000 for his troubles, will all three somehow meet that night? Well you will have to see for yourself.

This film is really honestly terrifying, and more sinister than The Strangers, with me being completely on edge throughout the entire running time. Even being seriously unnerved, kinda knowing the outcome, but then again hoping I was wrong. Now a lot of bad reviews has commented that the director has preformed the same trick twice, with the "why is it happening to us" mentality "because you were in" but it still worked, the only disappointment and it is a big one, is not so much the ending, but the way it ended,with us knowing at the end who was responsible for this depraved sickness,spoilt the whole thing,and general outcome of the film.
Apart from that I did like this film, it is sick and twisted, set in the nineties instead of now, which explains the use of VHS cassettes, and Video Recorders, the Titles and Chapters are intriguing, and you want to keep watching, especially as they are made to look like they are from the period of the 80's/ 90's. A very well made film, that should have been given a bigger platform to perform. Instead of going almost unnoticed on the VOD market. It is ten times the film that the Saw franchise turns out to be,and bloody more terrifying than any Parnormal Activity,found footage film.
3/5⭐️⭐️⭐️ 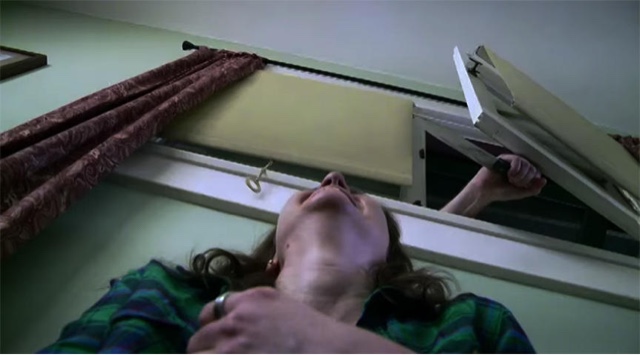