John Dies At The End-Film Review, Directed by Don Coscarelli 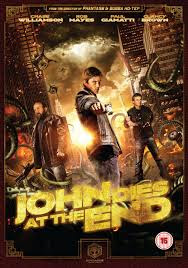 You would need to be an absolute genius to understand this film,and I have seen it numerous times,and I'm still confused.

Directed by Don Coscarelli the fab director of Phantasm, Bubba Ho Tep,and director of the Masters Of Horror tv series,with him directing one segment.

From what I can make out,two friends attend a concert, take experimental drugs, called Soy Sauce,which kills everyone else,who take it. They survive its effects,but have the ability to see through time and space. Travel and see beyond our dimensions,including I think Heaven and Hell.

John goes missing after taking the drug,with the Police saying they have his body,but why is his friend able to have a telephone conversation with him,if he is dead,and with the Police trying to pin the drug offences,on David Wong,John helps David escape. Now this film gets even weirder,with Zombies, door handles that are penises. A monster that attacks them made out of meat from a freezer, to pills that turn into flys.

They battle different beings,through different dimensions,including one that wears a President Nixon type mask,with topless ladies greeting them, the whole watching experience is completely bonkers like you are going on one big trip with John and David ,With some distasteful special effects,and the typical gore you would expect from Don Coscarelli. The whole experience to me still makes little sense,but I actually believe that is the reason for this film,it is like your on one big drug trip,going along with the film. Based on a graphic comic strip of the same name,written by David Wong,and this being the name of the main character is just plain crazy.

One of the strangest films I have seen that made no sense,it kinda reminded me of Naked Lunch,directed by David Cronenberg years ago. If you like mind scratching films you will love this,I enjoyed it, and it made me think about the film afterwards,and if that is the case,surely the Director has done his job. And John does not die at the end,either to confuse you further. 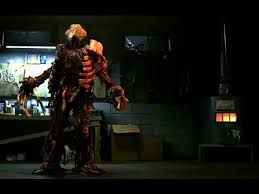