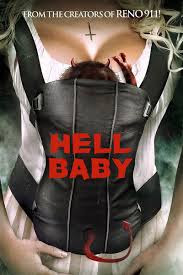 From the creators of Reno 911,comes this delicious,dark comedy about a couple who move into this dilapidated house. A doer upper the couple call it,even though they got it dirt cheap, and with neighbours,saying it is cursed,and name it the house of blood. They move in regardless,even with the woman being heavily pregnant.

With Rob Corddry as Jack,and Leslie Bibb as Vanessa,with Vanessa starting to display strange habbits,like her cravings for raw red meat,talking in a demon language,with her levitating. And always being disturbed by their interfering neighbour Fresnel,who convinces Jack that something might not be quite right with Vanessa.

This is when word gets to the Vatican,and they send two of their best Priests,experts in the art of Exorcism,to help Vanessa,as they think she is possessed,it turns out she is not,but she is carrying Twins,with one being the Anti-Christ himself. This film I would imagine upset a lot of Christians,expect the Catholic Church,as they really do take the Mick out of the religion,with the actual Directors,and writers of the film who play the two Priest brilliantly.

This film is crude,its rude,it is offensive,but I loved it,you would have to be dead,not to laugh at some of the scenes, the Priests are fantastic,as drinking smoking,womanizer's, Rob Corrdry as the husband in denial,over his wife's condition. The funniest performance has to go to Fresnel,who is played by Keegan Michael-Key,with him being the only Black guy in this,and he points this out on every occasion. But it is not offensive in anyway,as he is brilliant,with his comic timing,and the script is so clever,they get away with it. With him being proud that as the token Black guy he makes it to the end of the film without dying is brilliantly funny.

I did like this,it is my type of humour,the final scenes with the Devil child,if you did not find funny,there is something wrong with you,as I found it hilarious. With all the usual actors from Reno 911 in this,yes it is rude,it is offensive,it has blood everywhere,but it is funny. 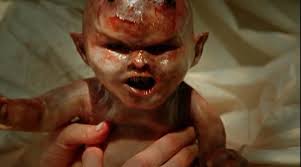