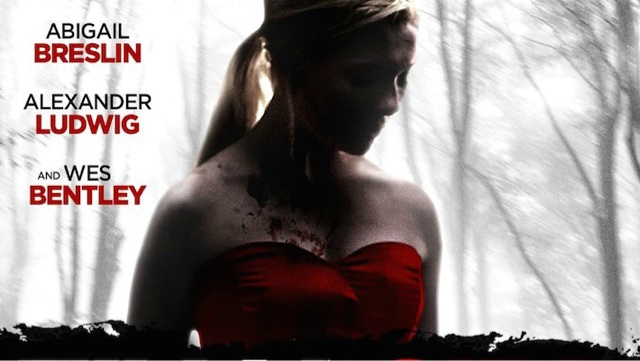 Although this film has millions of hits on YouTube,being one of the most successful trailers since Smilely,even I was taken in by it,thinking it looks pretty decent. I didn't like the film, although it was different,to most other revenge type thrillers,it definitely has that indie school of film making feel to it. In the end the whole film just doesn't seem to make no sense whatsoever,and we never have explained why Wes Bentley's character wants to train her,for all her childhood life,for reasons unknown,as the Boys who she faces later would only have been children like her at that time.

I suppose we wouldn't have a film then would we. The film is a simple one four  very unhinged boys,who like to hunt in the woods,but not prey,but very young Girls,especially Blondes.

We then cut to 12 years earlier with a man William talking to an orphan girl named Veronica,and asking her if she wanted to take part in special training.
We now see Veronica as a grown young woman,finishing her training,with her battle with the four boys being her final task. She puts herself clearly on the market,and deliberately catches the eye of Jameson,as he wants her to be victim number 21.

The rest of the film is Veronica pretending to be the victim,when in all fairness she is a lethal weapon,trained with just her fists,for fighting. We then have her take out the boys one by one in the woods,until the final fight with Jameson.

The one huge plus point is the cinematography is absolutely outstanding,with the characters being lit perfectly in bright lights,whilst the rest of the wood is dark. The way Veronica looks,and how she is filmed and captured this way,is nothing short of brilliant. The look of the film looking like a retro 1950's feel to it,with it clearly being set in our time,gives it that unique look. Gregory Middleton,csc hold your head up,it is not many times a director of photography gets a mention,but you are the star of this picture.

Yes Abigail Breslin our little girl from Little Miss Sunshine,and Zombieland has grown up,and she is a real pretty young woman now,but she still looks far too young to be in a movie so adult like this.
I was expecting it to be more violent,and was a little disappointed that it wasn't. The other question I would like to ask if you have trained for 12 years,how to fight,kill,why would you need to drug the boys,to fight them,when you could use your skills to take them out just as easy. That is why this is such a disappointing film.

If you have seen the trailer,you have practically seen the film already. It is acted well, Abigail Breslin is stunningly pretty,Alexander Ludwig makes a very good psycho,and is directed well by first timer Tyler Shields,but still the star of the film is how it is lit and that comes down to Gregory Middleton,csc.

A very strange retro looking film,that promises so much but delivers so much less. With the only saving point is the fantastic cinematography,and how the film is lit.apart from that it is an extremely average film,should be one star,but will be generous and give 2/5** 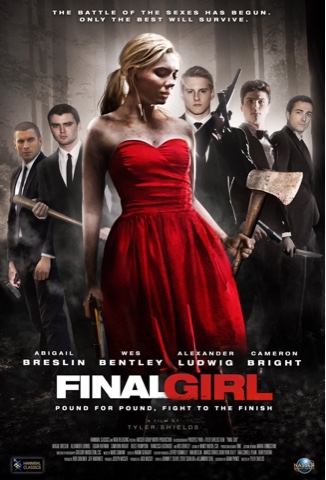