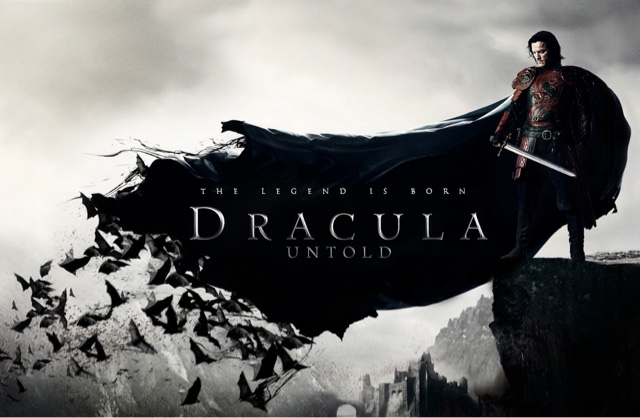 Every legend has a beginning,and this film charts the beginning of Dracula,starring Luke Evans,from the Hobbit fame. Told from the point of view from the Turks who controlled most of Europe. Who took young boys from Transylvania to fight alongside the Turkish army,and Vlad was one of these children,who in war became a monster,who impaled villages of people,and got the nickname Vlad The Impaler, which this film surprising moved on very quickly.
He then returns to his town to a heroes welcome,and becomes a Prince with a wife and young son.
When the Turkish Sultan decides he wants a further 1000 children to fight again,Vlad has to decide wether to call off the truce between nations,or fight. He decides to fight,knowing it is a Death sentence on his people,he seeks  help,from a known Demon who lives in caves,to make some type of deal.
The finest part of this film is the meeting between Vlad,and the Demon,who turns out to be a Vampire cursed with immortality,unless he passes the curse on,which he does. This gives Vlad the superhuman strength to take on thousands of troops,with the battle of a thousand scene,which is mightily impressing. Charles Dance as the Vampire is absolutely enthralling,and terrifying at the same time,and is easily the high point of this film.
Luke Evans is a charismatic leading man,and does hold the scenes really well,but as others have pointed out online,this story was told better in the opening minutes of Bram Stokers Dracula,which took 5 minutes to explain,this film stretched it out over 90 minutes. It is still an interesting film,as not so much a Vampire tale,but more about a man making the decision to sell his soul,for all his people.
He is seen as almost the good guy,with superhuman strength,and the Turkish are the bad guys,with another annoying role starring Dominic Cooper, as the Sultan, I don't know why he annoys me,but he just does,he ruined Need For Speed,and he was not the best in this film. I did enjoy this film though,I wished it was more bloody,but it  is a decent effort into the world of Dracula,yes it was done better 23 years ago in Bram Stokers Dracula,but the charisma of Luke Evans holds this film,and makes it quite an enjoyable action flick.