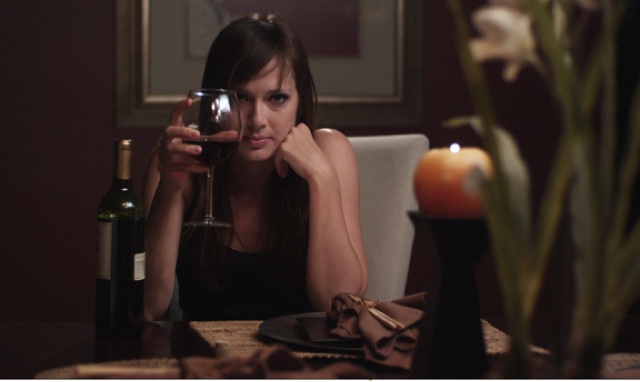 I had never heard of this film ever,but came across it today on a free streaming site,with the film poster very deceiving,and giving it a possible dirty edge,which is a cheap shot,as this film did not need it to promote it.

A story of a woman still in shock after being dumped on her wedding day,her husband to be never turned up,with her breaking her arm after hitting the best man,when he told her the news.
She has been living in her Arizona home on her own,surrounded by her wedding presents,and takeaway pizza boxes. She hasn't gone to work,and just having her own depression keeping her company. With only her strange neighbors who live in a caravan next to her home ,and surrounded by meth head skaters.

Her friends say she should get back on the horse again,and just have some get over the ex sex. In which she decides to one night,inviting a Doctor back who works with her Dad,to share the rent on her house,and she decides he is the one. The problem is her male best school friend turns up,the same night to declare his Love for her. Even her ex fiancé turns up to sort things out. What is a girl to do, having nothing in months then having 3 to choose from.

Now you would be forgiven for thinking this is a comedy,and it is,with very good acting,it is very wordy,and seems to have been filmed by a handheld camera. We are not sure where this film is going,is it a American Pie type film,no out of nowhere her creepy caravan neighbors decide to host her a welcoming party,with the family being Vampires intent on killing everyone inside. It looks like the only bite of the cherry the woman is going to get is a bite from a vampire. With a strange woman who turns up in the middle of all this,to rent the spare room,saying "Vampires can not come in unless invited" and yes she was invited in. We have a final 25 minutes that I did not expect.  With a great cast with Jennifer June Ross as Rachel, Ben Huber as the doctor Dr Lewis,her potential roommate. It really is a good film,not smutty in anyway,that the poster suggests. 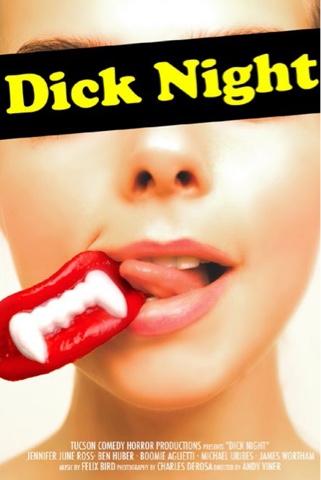