All The Boys Love Mandy Lane (2006).Film Review. Directed by Jonathan Levine. Distributed by Miramax US 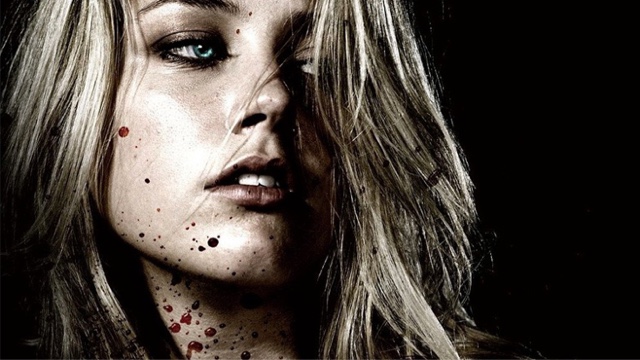 This is a strange film, that believe it all not is almost 10 years old now,but due to a limited release in the UK first in 2008,on DVD, the film was not given a Stateside release till 5 years later. Due to rights in the US on who actually owned this film,as the original film makers,and independent film company went bust. It was later required by the Weinstein film company,and was released on a limited cinema run,and then straight to on demand services in 2013.

I am a resident in the UK and  I had heard of this film from 2008, but never really bothered to rent,or watch it. But the UK press I remember at the time quite praised the film, likening it to the early works of Tobe Hooper on Texas Chainsaw Masacre. This was the film debut of Amber Heard,a formal model,who even doing this film was not really noticed till her role with Nicholas Cage in Drive Angry,and in John Carpenters The Ward.

The story is of a slasher film nature,but a very clever one,with a fantastic twist that I did not see coming, Mandy is an outsider,although pretty,she is socially awkward,she has few friends,a very inverted Girl. After being invited to a pool party one night,and she witnesses a death of a fellow student,after a pool prank goes wrong,she becomes even more withdrawn.

That is the film the shy and quiet Mandy has to become the final girl in all sense of the word,and has to step up,not be so weak,face all her anxiety fears about herself,and try to survive. With as I mentioned earlier a wicked twist to the tale I never saw coming,you will either find it genius,or it may ruin the film for you, I thought it was very clever though. It is not the most violent slasher film I have seen,but is shot with a very confident edge,with great cinematography,that I can see why the directors work was compared to Tobe Hoopers, with vast amount of dry fields,and the one scene of Mandy running for her life from the killer.
Directed confidently by Jonathan Levine, I only got a copy of this film this year,and I'm glad I have seen it,was it groundbreaking? No it was not,but with a fab debut from Amber Heard,and a very clever plot twist made this standard slasher film standout from the crowd. A film I can easily recommend, if not for the one sick scene of someone having their Jaw broken,in the most violent of ways.
3/5⭐️⭐️⭐️