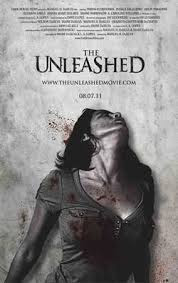 A film that could have been a credible alternative to the dreadful ouija,but actually ended up worse if that is posdible. The story of Madison Kennard,who returns to her family home to sell it after the death of her Mother. A woman with memories plagued with sorrow,witnessing her Father Commit suicide,as a child,and her memories of a childhood haunted by spirits.

Lindsay her childhood friend turns up to help Madison,with the sale of the house. With a get together with former friends at the house,and a Ouija board being found in the attic ,they mess with it one night,to have spirits returning to the house,and Lindsay being possessed by some Demon. It turns out the Kennard family has been cursed from the start,as in the 1890's her great great Grandfather,stole the idea of the Ouija,from a mystic old woman,that had already raised a Demon,forcing her to have an unexpected long life,because of her curse to the Kennard family.

As I said earlier this could have been a very good film,with decent production values for a low budget flick. But due to really bad script writing and below par acting,we have a strange mess of a film that cannot decide if it wants to be a movie about ghosts,and hauntings,or whether it wanted to be a demon possession movie. With the only positive is the very lovely Madison played by Trisha Echeverria,who to be honest has the most gorgeous lips I have seen on any woman, and I was transfixed by her beauty,not her acting talents unfortunately.

The other point I would like to make is the so called friendship between Madison and Lindsay both being the same age,with Madison looking ten years plus older than her 20 something friend,that is so obvious. The film is not scary or jumpy in anyway,with no blood or violence,at least it didn't rely on Jump scares,then again you need to be scared to jump,and this film is neither. A good film ruined by poor script,bad acting and a dreadful ending. Not one I can recommend.
1/5⭐️ 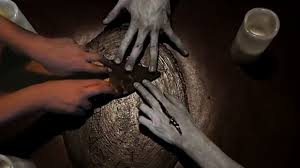