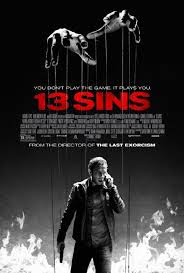 Imagine a film that is a mix between, Needful Things, The Conspiracy,and Cheap Thrills, we have this very dark film about the need,and also greed we have for money,when you have none.

With Elliott,a down trodden man,bullied severely as child,by both his school friends,and mentally abused by his horrible Father. He has lost his job as an insurance salesman,as he hasn't the balls to chase that client,and lie,and sell that policy.
He is engaged to be married to the love of his life,she loves him no matter what,even though his Dad hates her,as He is also a racist bigott,and she is African American.

When his life could not be worse,when he finds his Dad is being kicked out of his sheltered housing,and will be living with him,as well as his severely autistic adult brother.
He gets a phone call from some mysterious man,who knows everything about him,even to where he is at the same moment,being stuck at a red light,at an intersection.

He offers Elliot $1000,00 To swat a fly bothering him in his car,and a further $3,500 for eating it. These dares get more strange,and even illegal,as he is given 13 tasks to do,already completing two,with 11 left, that involve Arson,interference with a corpse,amputation of a school bullies lower arm. Decapitation of Motor cyclists,and causing a racist scene at his wedding reception rehearsal,even though his fiancé is black,and all her family are,and for what more money,in which he will end up a millionaire,if he completes all tasks.

With a Police detective on his trail,with the felonies adding up,to 20 plus years in prison if caught. With the man on the phone promising that all this will go away,by finalizing the 13 th  task,which is to kill a family member. As I said this film is incredibly dark,has some really horrible moments. With genuinely dark comedy moments too,with you feeling guilty for finding some scenes amusing.

Imagine all this is happening,by some rich corporation amusement,to abuse the poor in society,by offering money,to get dirty deeds done. Which has been going on for years,with famous assassinations,being involved including the Kennedy Assassination,in 1963,and other famous conspiracies,by using normal folk,who need money,to do there dirty deeds.

It is a film that actually makes you think, especially if you are that desperate for money,and also to think what if one powerful organization has the power to control,men and women over the years,with the simple thing we all want,and that is money. By using this need to get horrible things done,even illegal things,and murder,without the need to get their hands dirty in the process.
4/5⭐️⭐️⭐️⭐️ 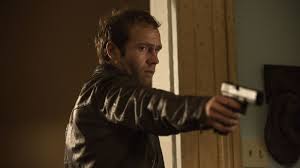