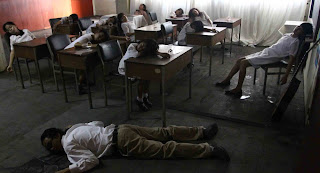 Although the whole film VHS 2 is not apocalyptic,the third segment is, and directed by the fabulous Gareth Evans,the most talented Welsh man living in Indonesia. The director and writer of the Raid 1 and 2. Well he outdid himself again with this section,also written by him. About a documentary team being giving permission to film,and interview this leader of a doomsday cult in Indonesia. Although he is a little strange,the film crew have no idea what will be in-store for them later,including the pregnant producer of the crew. Yes it is subtitled,does it take away the enjoyment,no it does not, it is without doubt one of the scariest piece of cinema,and one of the best of the recent found footage films. You have a genuine sense of dread,whilst watching,with a very claustrophobic edge,as a viewer,even you are not quite sure what is happening before your eyes,and your equally confused,and terrified at the same time. A must watch, the whole film on a whole is so much better than the first film,but if you cannot be bothered to watch the whole film,please get it,and just on scene selections on the DVD press play on this section,you will not be disappointed I promise you. 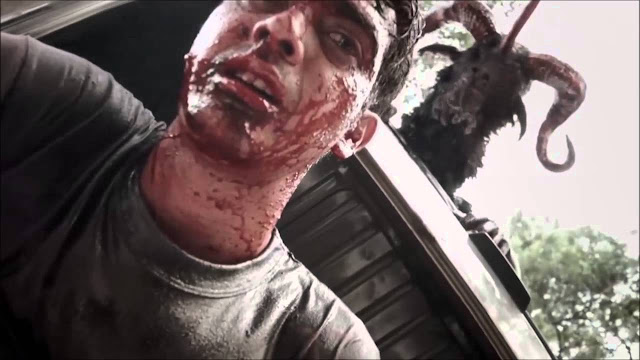