This is another one of my disappointed purchases recently,a simple story of three sisters who rip of a drug dealer of his drugs,hope to lay low for a few days,in a place he won't look,the childhood home of two of the sisters. As one is only a half sister,and that is that,only the house has very bad memories for two of the sisters,one being a junkie trying to go straight,one being a jailbird recently released from prison. Where being stuck in the house for days with bad memories of the house they go a little stir crazy. With memories of abuse from their father,and unable to tell memories from real life,the film is more about the breakdown into mental illness.Now I'm not saying the film is bad,it is just not very good,the fact the film has changed names so many times,shows a production company,either trying to hide the flaws of this film,or are deliberately trying to mislead us. Yes we have the token nudity from the girls,and the usual bad language,and the  I'm the one taking control of the girls,but poor acting,and pacing has ruined this film. Written and directed by Jim Towns for just over $ 150,000 dollars isn't bad. But we have a film that offers nothing new,it is not badly directed in any way,but is not that great either,glad I only paid a few pounds for this film. Whatever name they call this film it cannot take away that it is not a great film 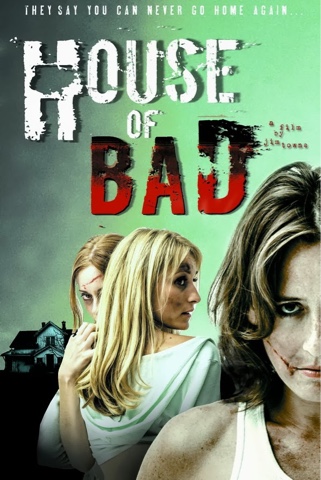