Metallica Through The Never (2013) Film Review. Directed by Nimrod Antal. 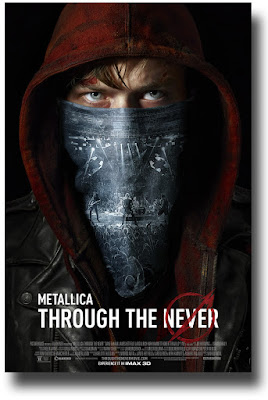 This film ties in with one of the best concert films I have ever seen,and also a great horror,and aplocalyptic vision of the future. With probably the best set list you will ever see Metallica play live.
Combined with a story between songs about a young roadie sent across town to retrieve a bag,that no one knows what is in it,or even the importance of its contents. Whilst the whole world goes to Hell  in some strange apocalyptic world,where a horseman from Helll causes riots, and death on the streets.

We have some very nasty scenes of people being hanged,in the streets,with lots of murder and mayhem,which I will have to admit in a film about Metallica playing live is a little strange and disturbing.
I will admit I have not been the Greatest fan of this Band, I liked the 80's Albums and that was that,anything post 90's onwards, not a clue. But the film using two narratives is genius,the concert footage alone is breathtaking,with visuals that most filmmakers would be jealous of,and as I said the set list is outstanding,with the band sounding absolutely incredible,hooked up to speakers,and fuck me it is loud.

The film part of it works brilliant,with a young man being caught up in a Hell on earth situation is fantastic,Dane DeHan is once again brilliant,and Proving Cronicle, The Amazing Spider-Man 2 was not just a fluke. A really clever film,that as a concert film would have worked, but the fact it included actors,and unbelievable situations make this one of the most original films I have seen in a while. A film I can certainly recommend wholeheartedly. I have only seen though the 2D version of this film,so I cannot comment on the 3D as this film was filmed using 3D cameras especially for IMAX cinemas.
Overall though it is a genuinely very clever film,with a great concert,and fantastic live visual effects onstage,with a fantastic set list of their best songs,including a lot of the eighties material,with the darkness of the film element attached makes this one of  the greatest,and surprisingly very dark and nasty films I have seen in a while,and gives films like The Purge a definite run for its money.
A thrashing,killing,death on the streets 4/5 ⭐️⭐️⭐️⭐️ 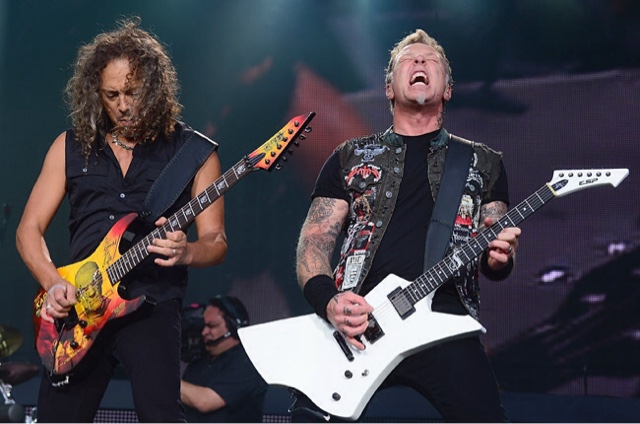