One thing I hate more than Clowns, Zombie Clowns 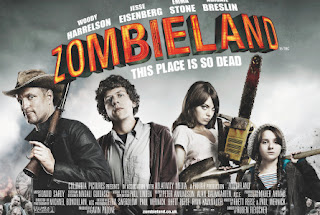 Three is the magic number,and why you may ask,well over the years only three Comedy Zombie films have worked, this one, Return Of The Living Dead,and of cause Shaun Of The Dead. I love this film purely for two reasons, 1. Woody Harrelson, 2. Emma Stone,that is it,Woody is the coolest Zombie killer ever,and the only thing he wants in life for his skills,is plain old simple Twinkies. And Emma Stone is one of the most Gorgeous actresses working in Hollywood at the moment, 'period'.
Jesse Eisenberg is okay too. But the film greatest plus points are the two I mentioned earlier. A film about four unlikely survivors,after a Zombie outbreak,who without using real names,as real names means an attachment to that person. We have the gorgeous Wichita,the geeky Columbus,the sweet sister of Wichita Little Rock,and the coolest dude ever Tallahassee. Directed by Ruben Fleischer,who's previous films are Gangster Squad,30 Minutes or less,which by the way is dreadful,and in production Zombieland 2. I loved this film immediately,it has genuine Zombie violence,with people being eaten,genuine laughs,especially the genius cameo from Bill Murray, it is a perfect film,that gets the balance between comedy and Horror just right. An absolutely perfect film. 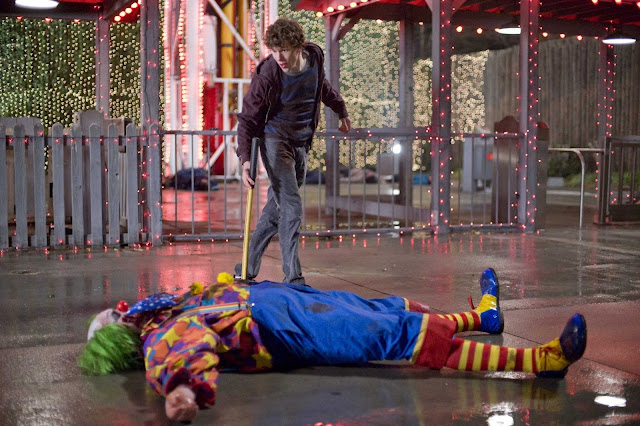