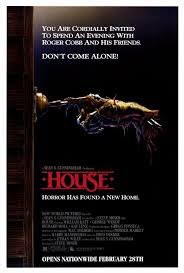 A wonderful film released in 1986,starring William Katt, as Roger Cobb,a respected Horror writer,with writers block. After the death of his favourite Aunt,he moves into her house,because of the great memories he had as a child. Roger is also, getting over the disappearance of his only child,a year earlier,with a divorce on the table also. When Roger decides to confront all his fears by writing of his experiences of the Vietnam war,against his publishers wishes,it brings up bad  memories,of his time in Vietnam especially the loss of his good friend Big Ben. The thing is the Horrors of War manifest into horrible creatures,demons,to torment Roger even further. All this is because of a gateway to Hell in the cupboard space in the bathroom. Now I'm being honest I have not seen this film for over 20 years, so all this review is from memory alone. As in the UK this film is so hard to get on DVD as Anchor Bay the distributor,has deleted this title, and with silly prices for this film,£45,00 come on your having a laugh, I love this film,but will not pay silly money for it. I did like this film apart from Hellraiser, A Nightmare On Elm Street this was my favourite film of the 80's Horror scene. The one scene sets in my mind is the old Hag scene,in which Roger thinks he's killed her by a shotgun blast, when that fails chopping her  up with an Axe,and burying the body in his garden. With this scene beating the Evil Dead 2 scene a year earlier,with his Neighbours dog digging up body parts,especially the hand,which gets loose and crawls away. A fantastic funny,yet scary film,that as soon as a release date comes out for a 30th Anniversary edition I will be the first to buy.
4/5**** 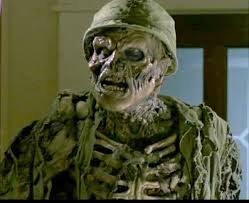