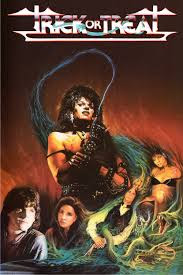 A heavy metal fans dream. This 1986 movie starring Ozzy Osbourne, and the most famous fictional character Sammie Curr,who seems to be a cross between Alice Cooper,Gene Simmons. A Metal God who dies suddenly in a hotel fire. To the dismay of all his fans especially Eddie, his number 1 fan who is terribly bullied at high school.

Where Sammie's music is his only saviour. The problem is Eddie starts to play Sammie's records backwards,which seem to talk back to him,giving him strength to beat the bullies at school. The more Eddie plays these messages,the more sinister they become,with eventually people dying. This is when Eddie realises that he may have been giving Sammie the energy to return from Hell,using the records as a seance.

Will Sammie Return from the dead,will he put on that last KILLER concert,or will his biggest fan stop him in time. A cheesy 80's film that was rare to feature Metal music with a full metal soundtrack from the Band Fastway,which I can confirm is a brilliant album,with there  being not a single track on it that I didn't like. With cameos from Rock Gods at the time Ozzy, and Gene Simmons from Kiss as the local rock DJ " Nuke". A fantastic film starring Marc Price,and a fab debut,from a stage actor,and normally a Dancer Tony Fields as Sammie. A must watch film for 80's rock nostalgia,if not just to listen for the Ace music from Fast "Eddie" Clarke.
A cheesy,dated film,but one of the first to feature a whole metal soundtrack,that at a time of new romantic,and crappy pop,was a must for all metal heads at the time.
3/5☆☆☆ 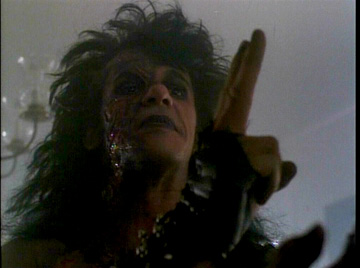