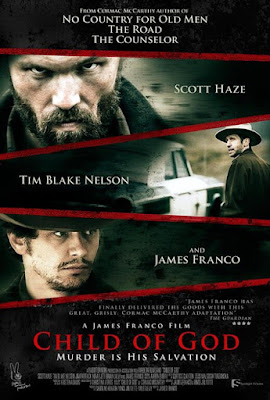 I have just finished watching this movie,with mainly positive reviews on Amazon,then dreadful reviews on certain online film sites. I just wondering we're they watching a different film to the one I've just watched as this is a powerhouse of a movie. It is probably a very nasty biased opinion as the film is directed by James Franco,who in the movie business,nobody seems to like. This film is bleak,it is depressing,and degrading in places. But it shows the mental decline of  an individual,forced out of normal society,by his pears,then they wonder why he turns feral later.
Lester Ballard is an unhinged young man,but when thrown out of his family home,after his Dads suicide,he has nowhere to go,he finds an old shack in the woods,he makes his home,by scavenging off the land. But the more isolated he becomes,the more removed from humanity he becomes. A chance encounter,with a young couple,found dead in a car,to a joint suicide pact,he degrades the female,by having sex with the corpse,which he takes her body back to his cabin,and then pretends to be husband and wife. Which to some is why this movie had been so negatively received. The subject matter of Necrophilia is a terrible one, but with a childlike feral man,you almost feel sorry for him,as he really does not have the mental capacity to understand what he is doing is wrong. I think that is why the film upset so many people,but it never set out to be controversial,and the scenes are not used as a glorifying set piece,like some strange little Horror film. The man is mentally incapable of understanding right from wrong. The whole movie is trying to make that point. An outstanding one man performance from Scott Haze,as the whole 90 minute running time is on him,he is an outstanding actor, I think mainly a stage actor,but he is outstanding in this.but got criminally overlooked by the Oscar board,because of its subject matter no doubt. Can I recommend this film as a great film to watch,well no because it is a truly disturbing piece of cinema. But to watch for the performance of Scott Haze, yes you should,and James Franco, you have turned an unworkable depressing  book into a a bleak and disturbing film also. You are certainly a talent to watch out for in the future.
3/5🌟🌟🌟 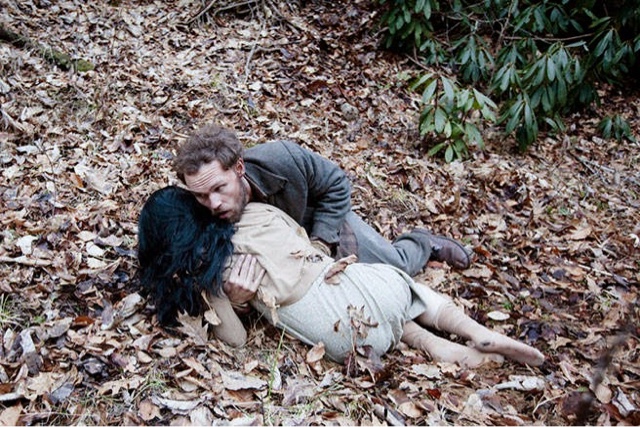