Everything that is wrong with modern Horror, in one film. 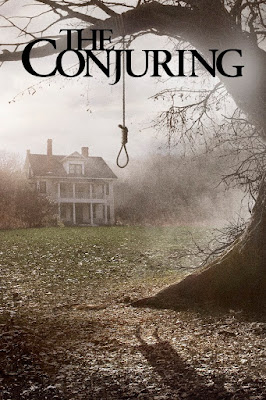 A film so pointless it is rumered that a sequel has been made and also a prequel about a possessed doll,that barely gets mentioned in this film, but still warrants its own film in its own right. Yes we have another true story about a haunting of a family in the 70's. Based on so called files by a paranormal couple the Warrens. Yes we have strange goings on in a farmhouse, at Rhode Island. Which a new family has moved into. We have strange goings on such as the family dog refusing to enter the house. Clocks stopping exactly at 307 am every night,and a mysterious door way in the cellar. We have a presence in the house only the children see first,with one explaining its wants us all dead. The family call in respected paranormal investigators The Warrens to investigate further. And that is the film,and a film that is every thing wrong with modern Horror,that has to rely on Jump scares to scare us,with the use of usual creepy music,that suddenly gets louder just before a scare. I have had a long running conversation with an old friend from work, a Horror Junkie like myself who was in complete agreement with me, that this and modern day films are no longer scary. Including the Insidious franchise also. Shame as it is a well acted film regardless,starring some great actors, such as Patrick Wilson, Vera Faminga, Ron Livingston and Lili Taylor, directed by James Wan the director of Saw, Insidious 1&2 and the recent Fast and Furious 7. Unfortunately this film The Conjuring  I cannot recommend as I have seen better in a UK production film called The Curse Of The Witching Tree,which is actually, I think better than this film. 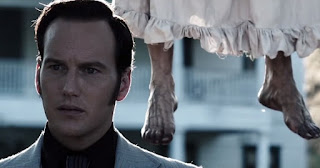