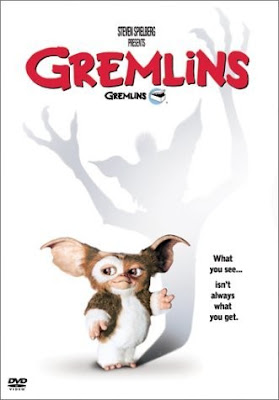 Another masterpiece of film making by The Howling's Joe Dante,produced by Steven Spielberg. Wrongly marketed as a Kids film,when even now in the UK it still has a 15 certificate. A simple  story about a father wanting to give the perfect gift for his son for Christmas. He comes across a strange antique shop in Chinatown,and sees this strange creature,which he has to have. But comes with 3 very easy rules, to never get it wet,do not come into contact with direct sunlight,and never ever,no matter how much it begs,cries,feed after midnight. Three simple rules,that the young Billy tried to obey,but unfortunately doesn't and it comes with dire consequences,as the cute fluffy thing, Billy has adopted produces some very little nasty monster offspring. Yes this film is an eighties classic,and even now does not look dated,with the current use of CGI, the puppets, and puppetry is second to none in this film. With the Gremlins absolutely terrifying with complete,murder,mischief and psychotic tendencies,to kill or maim any Human. It has a very dark edge to the humour also,with old ladies being thrown out hundreds of feet in the air by a souped up chairlift,people being run over by heavy machinery,killed with knives or even guns. With the best character created ever the wonderfully scary Stripe,a sadistic Creature,with evil in mind. And to compensate for the evilness of Stripe we have his polar opposite Gizmo,the cutest creature to ever grace our screens,that is so cute and gorgeous,but can produce such horrible offspring,that can actually wipe out a small town. A wonderful film,violent in places,but also very funny,but even now I think I could not show to my Daughter yet as it is quite scary.
5/5🌟🌟🌟🌟🌟 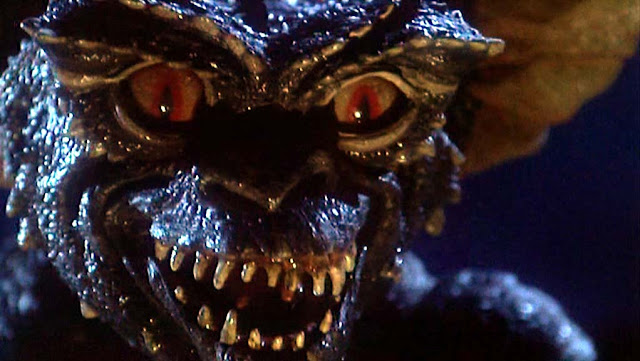