"Am I in Hell or is it still Bruges" 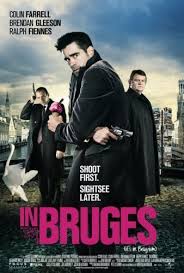 This is  without my favorite Dark Comedy film ever starring in his best role to date Colin Farrell,and the always incredibly watchable Brendan Gleeson. A film about two hired Hitmen, Ray played by Colin,and Ken by Brendan.
on Ray's first ever job,controversially to take out a Catholic Priest,for reasons unknown,in the bodged hit,the Priest eventually dies,unfortunately so does an altar boy caught in the crossfire. Harry the boss,decides to send Ray to Bruges,to hide out,with Ken beside him, with orders to take out Ray out whilst there. The thing is Ray is filled with such guilt and sorrow and remourse he actually is going to kill himself,when at an abandoned park he raises a gun to his head,at the same time Ken is prepared to shoot also. For some unknown reason Ken has a change of heart,and stops,Ray from doing the deed. This is when the film really hits its stride,with probably the best,and most quotable lines from both the actors,who actually become real close friends. To the annoyance of their boss Harry,who decides to come out to Bruges himself to take them both out.
As I said it is very Dark comedy,with some of the most fowl swear words ever,with probably the F word being used hundreds of times. But underneath the Language, and extreme violence is a really sweet story,about redemption,for both men,a friendship to end all friendships,the most quotable film with one liners,and a performance which is outstanding from Colin Farrell. 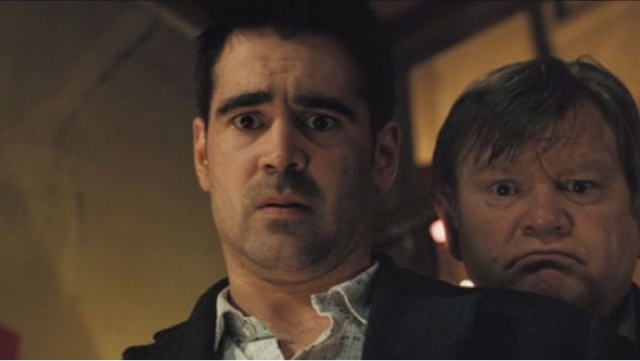