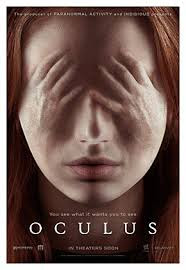 I have to admit I've been looking forward to seeing this film for some time. It must have been a top seller,as no shops were reducing it in any sales,or offers,which is normally a sign of how well that film has sold. Finally got the chance to stream it last night,and in all honesty I was a little underwhelmed by the whole experience. A film told in two narratives,one in 2002,with a family with two younger children,recently move into this house,with strange occurrences happening after a purchase of an antique mirror. Jump to 10 years later with the children growing up,with a very sassy Karen Gillan as the older Kaylie,with another on form performance by the ever talented Brendan Thwaites as her younger brother Tim.

Now from the two narratives,the first one works better,and would have been a better standalone film. With the Mirror,having a evil force,that wants souls,and Always gets its way,by turning the adults mad,and eventually trying to turn on to the children. Cut to ten years later with the younger brother spending 10 years in a secure hospital,Because of his childhood experiences,and Kaylie an antique expert for a local auction house,she acquires the mirror,to prove to her brother,that the mirror caused their parents to act as they did,via an experiment using modern equipment,temperature gauges,and any other equipment to prove supernatural activity.

This is where I found the film to fail, as Karen Gillan,she is absolutely stunningly gorgeous,but in this comes across as a complete bitch,and the only sympathy going to her younger brother,who has spent 10 years in therapy to get over something,that she in her stubborn determination to find the truth,brings everything full circle. It does ask the one question if you survived the experience 10 years earlier,why would you risk it all again,knowing the consequences wasn't good,but doing it over again,when they both could have moved on and lived normal lives. As I said it is a well made film,but told in two halves,with the one being better than the other.
A decent chiller,but in fairness I have seen better.
2/5⭐️⭐️ 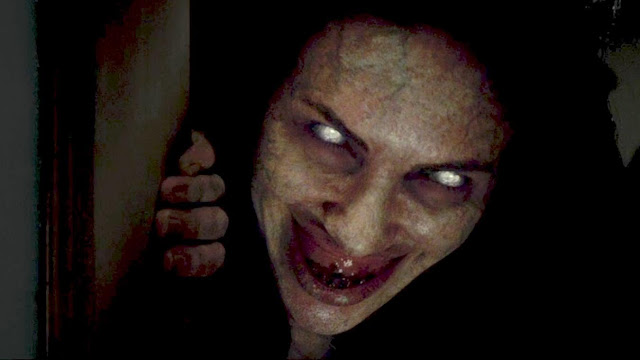