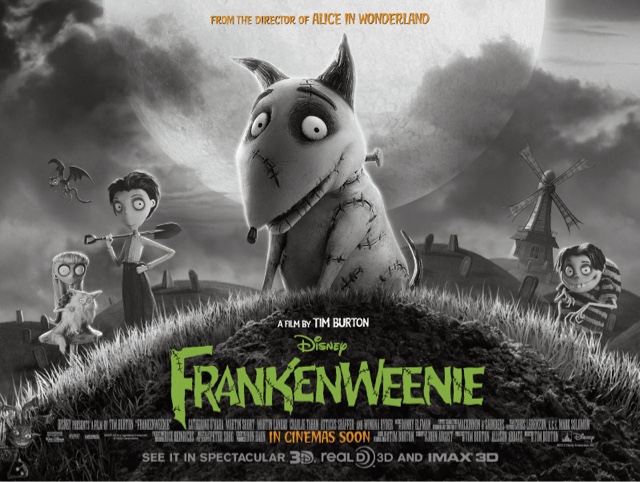 I'm betting that your wondering why a Disney movie has made my horror blog?
Well I'll give you one clue it is directed by the wonderfully kooky Tim Burton,also it has a very adult theme and message about the one thing we all dread and that is Death,especially the death of a loved one. I think it is a very brave message to put in a children's film.

The film focuses on a very bright young boy,and his love of science,but mostly his love of his beloved dog Sparky,who together are inseparable. But after a tragic accident on a Baseball field,when young Victor hits a home run,his faithful dog retrieves the ball,and is struck by a car. Filled with deep sadness and grief young Victor struggles with the idea of loosing his companion. When his parents explain that he will always be your heart, Victor shouts back "I don't want him in my heart, I want him here beside me".

With Victors Knowledge of science he decides to try to resurrect Spaky,by using the power of electricity,by harnessing the power of an Electrical Storm,he resurrects his beloved Sparky. The problem is he has trouble keeping his secret quiet,and soon his friend Igor tells all his classmates about his achievement. With all his classmates trying the same experiments to resurrect their dead pets also,with devastating results. When these dead pets mutate and start attacking the town during the New Holland celebrations.

Yes it becomes a 1950's style B-Movie, with very scary,and quite sinister creatures attacking the small Town. And why? Because Victor reanimated Sparky out of Love,the others reanimated their pets out of greed,which mutated the pets into evil reincarnations of their former selves. A very good film with some very adult themes,also the final third is actually very scary,with a very sly nudge,nudge wink to the fantastic Universal Monsters films,of old. A really good film,and strangely one of Tim Burtons better films of late.
4/5⭐️⭐️⭐️⭐️ 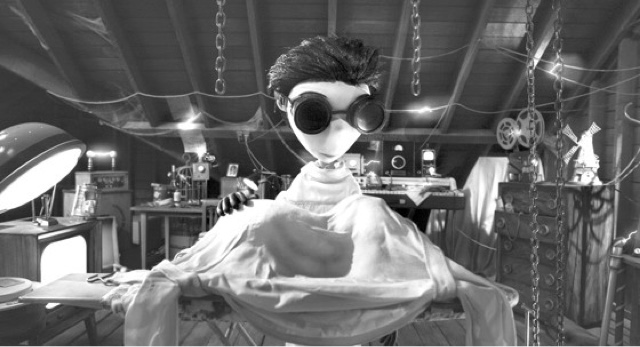