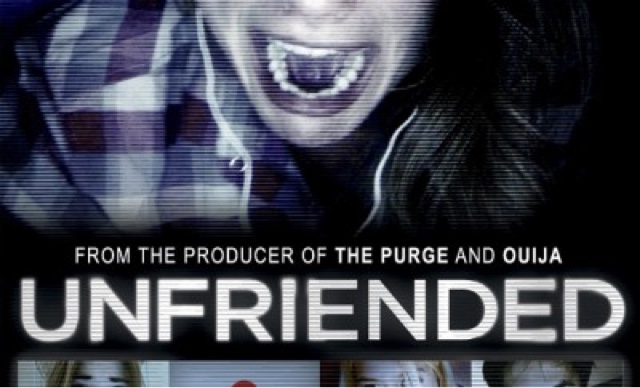 Now I should have realised when I saw this poster,from the producer of The Purge, and Ouija, two of the most disappointing horror films in recent years. Why oh why did I think this was going to be different. I was so right with my first assumption. Yes we have a film that so called happens in real time,all Online,with friends all in a chat room,talking using Skype. Exactly a year after their friend Laura,who committed suicide,due to an embarrassing viral video of her on YouTube.

The dead girls call name logs in,the friends at first think it is a sick prank,and make numerous attempts to block her out,they even believe it could be another girl playing the sick joke, but when Val joins the chat,and embarrassing photos of her appears online smoking dope,and she is threatened,she phones the Police,and drops from the Skype call.
The call name is billie227,and actually belongs to the dead girl Laura. Who manages to manipulate the social media in such a way,that people start killing themselves online.

It turns out in the end that Laura was a bit of bully to a lot of people at school,and they took revenge by posting this embarrassing video,of her,which ultimately led to her death. And she is seeking revenge,that is the story,and to be honest,I never really cared for any of the cast members,and even when the film ended, it was kinda like why bother,With very little suspense. Such a disappointment really. It was just a glorified advert,for Apple,and Facebook,product placement is so blindingly obvious,if I wanted to look at Facebook for 80 mins,I can do that for free,instead of wasting my time,and money on this piss poor film. 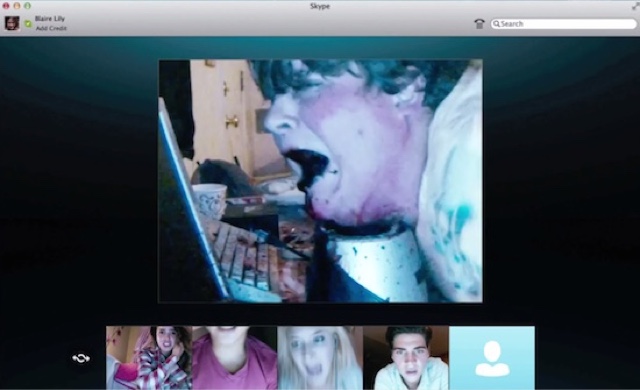