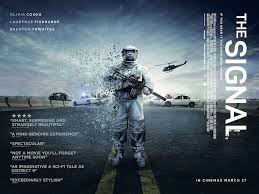 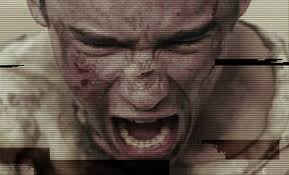 It is rarely that I see a film and I am speechless,this is one of those films. A film with a twist that I did not see coming.The film is quite simple Nic, his Girlfriend Hayley and best friend Breck on a road trip together to California to drop his Girlfriend off at College. Nic was a very good runner and athlete but has been recently struck down with Muscular Dystrophy,he feels his Girlfriend will no longer love him any more as his illness gets worse.On route they are hacked by a fellow hacker,who has been taunting them for Months,they even almost got kicked out of MIT college for his hacking skills. When they manage to trace his I.P. Address they realize they are not far away,and want to tackle their nemesis called NOMAD. They trace his I.P. Address to a small shack in the middle of nowhere. The boys go into investigate,find the shack empty,but hear a scream from outside,they find Hayley is not in the car,they find her a few hundred yards away in a field,as a white light surrounds her and lifts her into the sky.The same white light surrounds the boys,and the screen is cut to white.
we then have a fifteen minutes where as a viewer you are not sure what is actually going on yourself. Nic wakes tied to a wheelchair in a plain white room with guys in HAZMAT suits on,this is where the film will confuse the hell out of you,but is still completely watchable. Nic is told he was involved with an Extraterrestrial biological entity,his friend was nowhere to be seen,and his girlfriend is in a coma,that is why the people around him are in protected suits. He is questioned by Damon the head investigator played by Lawrence Fishburne.

If I wrote anymore I would ruin the ending and the twist in this fantastic film. It is a bizarre film,takes you in one direction,then moves to another.It is such a clever film,I loved it,as I said before it left me speechless.The cast is brilliant and Brendan Thwaites is fantastic as Nic,and so much better in this, than he was in Son Of A Gun,which he was good in also but the film was poor.Olivia Cooke is lovely and very good also,and Lawrence Fishburne as Damon plays the role with such interest,and almost unworldly strangeness it is a joy to watch,as I said this film will amaze you,and confuse you at the same time. A modern Sci-Fi masterpiece, a modern Indie classic. 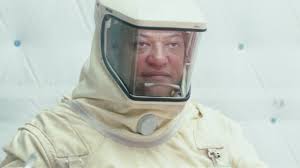