This was a film that almost went under my radar, made in 2010 the film is about a teacher whose wife is a accused of a murder,that she never committed. But under strange circumstances it seemed like she could have. Knowing his wife could go down for a life sentence,for a crime she never committed. He sets out to learn how he could break his wife out of prison,get out of the city,learning he only has a 45 minute window, before the whole city can be shut down,by law enforcement officials.So he plans the crime of the century,with the advice of all the city's underworld criminals,how to do the impossible. That is what I enjoyed about this film, that it has a realism about it,like it could actually be possible, nothing seems far fetched in the plan.
I will be honest I have not been Russel Crowes best fan,yet I don't hate him,I just do not always like his choice of films. I have thought he was fantastic in these films, L A Confidential, A Dangerous Mind, Gladiator and American Gangster and of cause this film,also staring in this film is Elizabeth Banks as the innocent wife,Olivia Wilde and a cameo from Liam Neeson. Directed and written by Paul Haggis the great director of Crash, and scrip writer of Million Dollar Baby, Crash, Casino Royal. Please if you haven't seen it please give it a go. 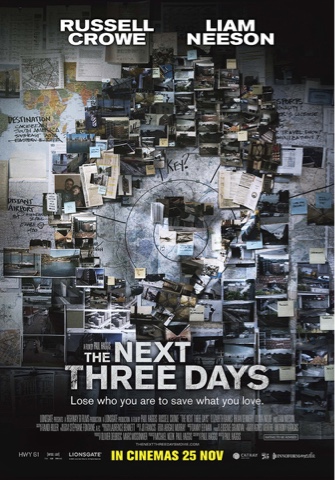