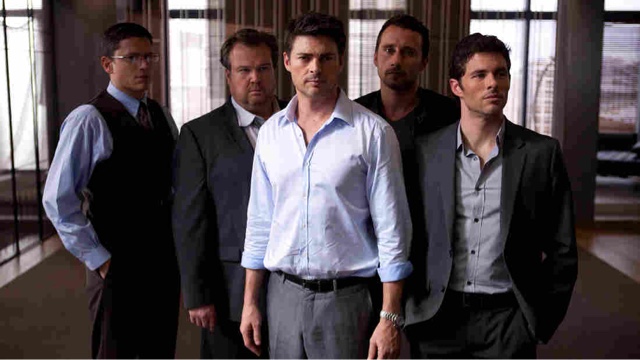 To be honest this looks like it could have been a very good film with a Stella cast of young actors.
Karl Urban,Wentworth Miller,Matthew Marsden,Eric Stonestreet fresh from Modern Family,and even Matthias Shonenaerts who starred in the original film 'Loft' yes this is a remake of the 2008 film directed by the same director Belgian Erik Van Looy.
As I said it looks a promising thriller about 5 married horny guys who have an exclusive loft apartment,in the middle of a prime time City location. Where they can take mistresses, girlfriends, hookers, you name it. The Apartment comes at a price,with a set of rules everyone must follow. Kind of like Fight Club,you don't talk about it,do not give the key to anyone else. And you must always let the others know when you are using it,no secrets among friends.
Now everything is fine until a Girl is found dead in the apartment,handcuffed to the bed,but with her wrists cut. And then we have 80+ minutes of a story told in flashback. Now I normally do not like films that are told in this way,and in fairness was not that impressed with this film either. We have the five friends being interviewed by cops,to find out who the murderer was. And  the film flashes back from 12 months ago,then the future,then more flashbacks and that is the story. I did not like the stereotyping of the usual characters, Karl Urban as the smooth womaniser,who designed the apartment,we have Matthew Marsden playing the nice guy role again,Erik Stonestreet playing the fat obnoxious sexist pig, and Stonenaerts playing the unhinged brother of Marsden's character. The two female characters in this film was pretty and that is that, both Australian actresses Rachael Taylor who starred in Transformers and The Darkest Hour,was gorgeous and an okay actress, but Isobelle Lucas,who is painfully thin was as wooden as the stiff she turns out to be later,maybe she should stick to Soap acting like Home and Away who she is famous for, because she is terrible in this.
Plus points it is well directed,it is well acted runs along at a shortish running time,and the killer is not obvious.
Bad points, why show the trailer to emphasise the killer could be female.
Why have James Marsden on the cover of the UK dvd holding a gun,when no guns are used in this film at all.
The rest of the female cast are given such small roles, so I think you don't feel sorry for them,as there husbands are cheating. It is as I said an okay film well acted,but just very average,shame with the cast they had got it could have been a great Hitchcock type thriller,with friends turning against each other. Instead we have just an average thriller,that is almost forgotten about once the credits start rolling. 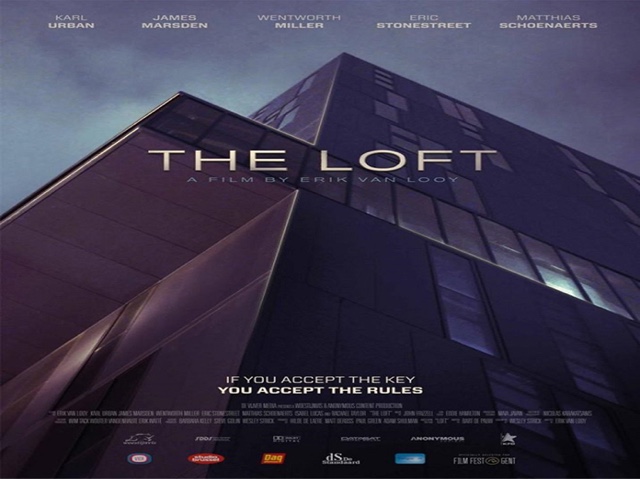