on May 28, 2016
This is my second and last comedy film today, but as I saw the funniest film I have ever seen last night. The dreadfully funny film,that wasn't meant to be funny and that was Left Behind.

So we have this film another comedy take on the Rapture,when millions just disappear again,only leaving the clothes they were wearing on the floor. We have a voice over of Anna Kendrick who explains how the Earth is now,since the Devil,or the Beast has taken over. With BlackBirds with foul mouths who abuse you with foul language. Comets,and burning rocks constantly raining from the sky. Yes it is a daft film but I actually enjoyed,thanks to the great performance by Craig Robinson as the Beast, who actually isn't as Evil as he portrays and just wants to be loved.
Anna Kendrick I actually liked her in this,now she is an actress I can take or leave,but I did like her in this role. She plays the virginal Lindsey who catches the eye of the Beast, and realises that if she goes with him,and actually kills him,she will end Hell on Earth. It is daft beyond words,but it still works.the final scene when God comes down to earth for the ultimate battle with the Beast is hilarious with God being played by Ken Jeong who is known for playing Mr Chow in the Hangover Trilogy. It is a stupid film not to be taken seriously but I liked it.
3/5⭐️⭐️⭐️ 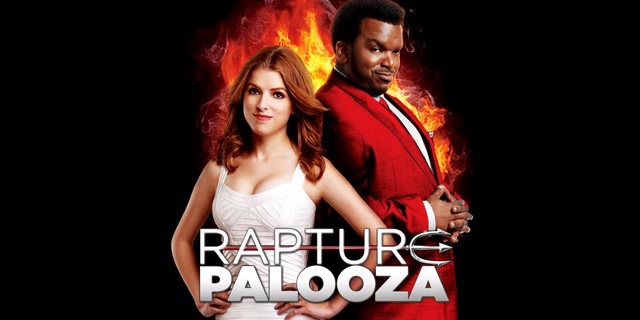