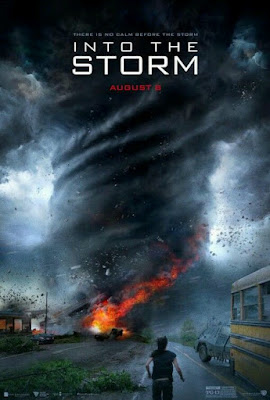 Into The Storm was a film I wanted to watch since I saw the trailer last year. When I saw the scenes of the Aeroplanes being tossed around like Toys I thought Wow.
Then I put the film in and,well I was a little underwhelmed. It is the shaky cam footage again,with Storm Chasers,trying to capture on film Tornadoes and the devastating effects they have across the Mid West America. And of cause during the time they are filming they come across a super cell,which creates one of the largest Tornadoes America has ever seen,a super storm with winds maxing 300 miles an hour. And the chasers are caught in the middle. Alongside A Dad who is a High School Principal,trying to keep his two teenage sons safe. As I said earlier I was expecting a massive improvement on the other film about Tornadoes that was Twister in 1995.
Well you know this is not better at all, and really not that more improvement in special effects. Twister was ground breaking in 1995 even winning an Academy Award for best visual effects. And still a far more superior than this film. With the excellent Bill Paxton, Helen Hunt, even a young Phillip Seymour Hoffman as storm chasers,who were more likable.
In Into The Storm you didn't really care about any characters in the film. The fact it stars our very own Richard Armitage,fresh from the Hobbit Trilogy,he was okay,so was the rest of the cast,even though it is made up off mainly TV actors ,from The Walking Dead, Icarly And Fear Of The Walking Dead.Sarah Wayne Callies had me scratching my head where I had seen her before,them it hit me she played Lori Grimes in the Walking Dead. The film is not bad and didn't deserve the negative online reviews. But it aint great either being done better by a film 20 years it's senior that was Twister.
2/5🌟🌟 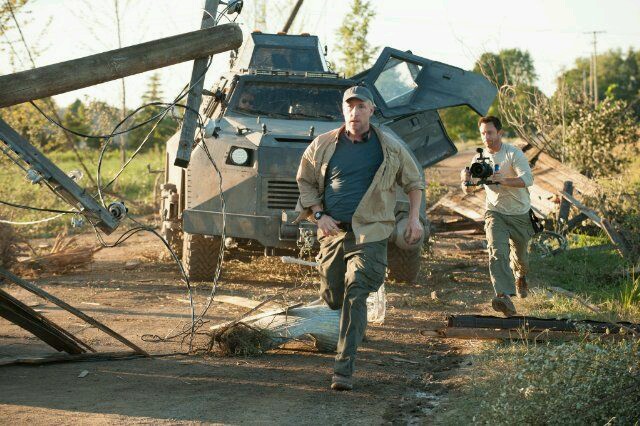