He picked the wrong house. 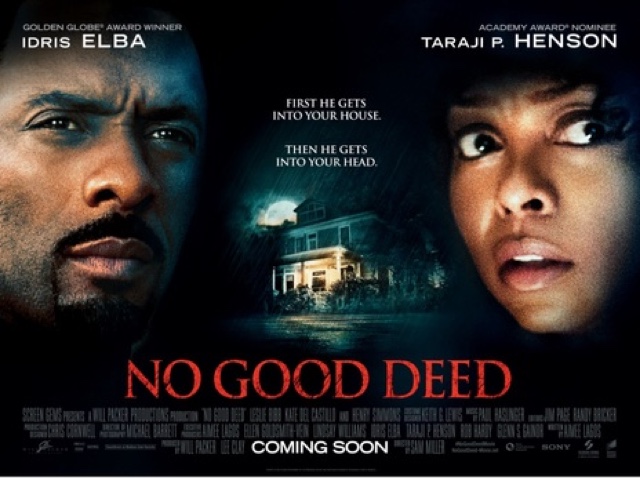 Finally we have a strong woman in a film,who is a survivor,and not a victim.Taraji P. Henson is fabulous in is this,not only gorgeous,perfect body,but a fighter. We do not get enough strong female leads in movies these days, but in three weeks I have seen this and the excellent Everly staring Salma Hayek. This a home invasion movie,with Idris Elba as a Convicted Killer,only on Manslaughter grounds ready for his first five year parole hearing,but because he was suspected of killing five other Women,but got off those charges on a technicality. He actually thinks he may get Parole,but luckily the Parole board see straight through his lies,and declines his Parole. This is when he attacks his prison guard on the way back to Prison in the back of the prison van,stealing his Gun,shooting him,and the Driver.
He stalks his old Fiancé,and eventually breaks into her house,strangling her,then savagely beating her with a bedside lamp. Yes Idris is the bad guy,a sociopath who likes to control women,but he equally hates them at the same time,this explains is violence towards them. When he crashes his car into a Tree in a heavy Rain storm he comes across the house of Terri Granger,a stop at home Mum of two,married to a successful Lawyer Husband Jeffery,who is always working. And instead of spending time with her and the kids,he supposedly taking his Dad on A golfing weekend as a Birthday Present. She is pissed at this,but she loves her Husband and let's him go. Anyway Idris comes across her house,knocks on the Door to use her phone,she agrees but closes the Door on him. After the phone call,soaking wet she feels sorry for the man and invites him in. He is charming warm,friendly and introduces himself as Colin,who is upset as he has been dumped by his Fiancé,but he really killed her.
Terri's friend comes over and sees the stranger in the house, Terri explains that he has been in an accident and waiting for the rescue company. When Terri leaves the room he tells her friend that they are really lovers. To which her friend does not believe him. She goes out for a smoke,he follows and kills her,batters her to death with a spade. This is when Terri finds that her Phone lines has been cut,and the man she has let in,is not as friendly as she first thought. This is when she comes into her own to protect her family at any cost,and fight back. That is what I liked about this film,she was a lot smaller than Idris,but still had courage to fight back. And knew she had to do so to protect herself and her children.Idris Elba as the bad guy did work,and I can see why all the ladies like him as he is a handsome Man. The best part I loved about this film is the fact Terri finds out Halfway through the film her Husband is playing away,and he in some way put her in that difficult situation. And the end of the film she never forgives him,and leaves him. If she is strong enough to fight a 6 foot plus huge man she can leave her cheating husbands ass.
Yes this is a decent film,not great but still very good,well acted by all involved,and also well directed by Sam Miller who reunited with Idris from his Luther TV series. 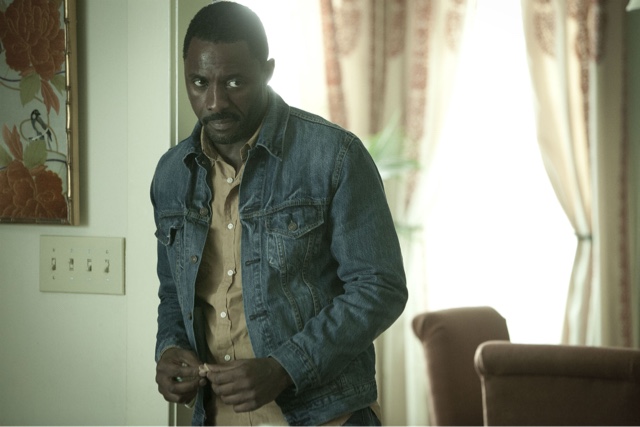