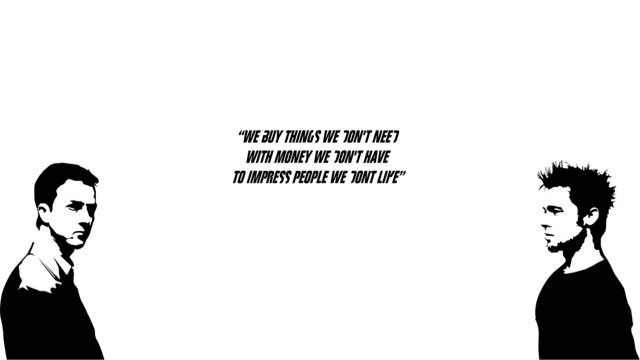 The first thing that struck me about fight club, is the need to fit in,be accepted. Chasing exceptance of others. Under all the violence, mayhem that I believe is the message David Fincher is getting out. A man who so clearly wants to be accepted in life,with chronic fatigue,and insomnia, in a boring job as an insurance investigator. Who joins every support group,just to meet new people. It is only when he meets Tyler Durden,a polar opposite to himself. He is charismatic,good looking,takes risks in life,everything he would love to be,but would never have the confidence to be like that. The Bromance to end all Bromance's. When the Fight Club is discussed,and then started, I could see why most men,especially lonely men would join. It gave them a purpose,somewhere to go,something they could all do and be accepted. Yes it is violent but that was never the idea of the film,it was about as I said before wanting to be liked,fitting into society.
A film at the time the critics never got it, they just talked about the excessive violence,but the years has been kinder to this film, and is actually considered to be quite the classic. This was the first film to make more money on DVD sales than it made on general cinema release. It will always hold a place in my heart,and is in my top 10 films of all times. And why? Because it is brilliant, a film you could not guess what would happen,a film so different to any other,a film with probably the best twist ending ever, thought of before M Night Shaymalan made it his trademark in films. Brad Pitt has never been in a better film since, the same Goes for Edward Norton as the geeky Insurance man,who the audience never know his name apart from as the Narrator. It is a fantastic piece of filmmaking which David Fincher should even now 16 years later be very proud of. 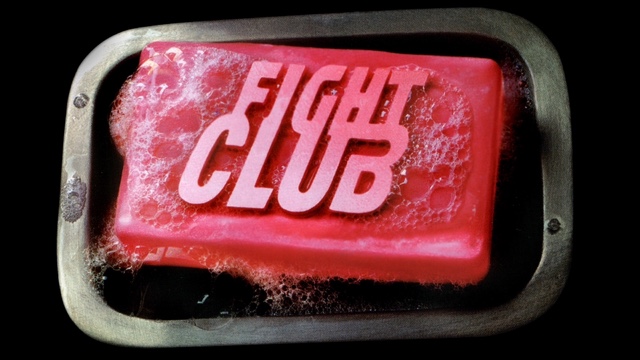 A messed up film with the best twist ever. A classic that will never be beat.