An okay cheap made for TV Zombie movie 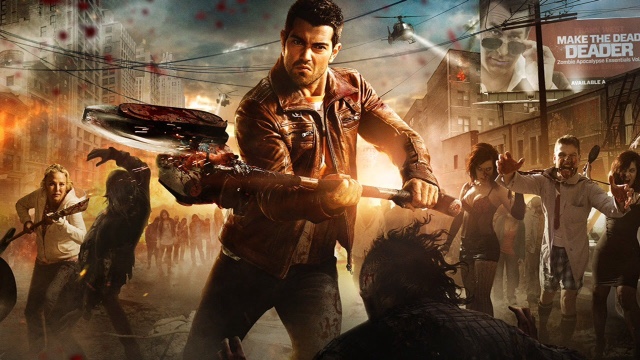 Today I had the pleasure,and yes that sounds strange to watch this straight to DVD effort, that stars the normally bad Jessie Metcalfe. It was originally made for Crackle, the video streaming market in the U.S.
And it isn't that bad, it is far from brilliant,but as Zombie films and programmes have got far to serious like the Walking Dead this is nice change. I do not understand why on earth it is an 18 certificate in the UK as I have seen worse 15 films. It is probably the use of home made weapons,which some daft people might try and copy,and the few scenes of drug use,that automatically make any film in the UK market an 18 certificate. The whole film is a brilliant tribute to the famous video game of the same name Dead Rising. Yes it is not perfect,it is full of normal TV stars making up the cast,from the likes of Stargate Atlantis,and the usual CSI type actors,the surprising role has to go to Virginia Madsen who was famous in the late eighties to early nighties,and most famous in the Candyman film. The best nod to the film is a Robocop style news broadcast that coincides alongside the film with an excellent Robert Riggle as one of the original survivors of the first Dead Rising series,as an expert who just says everyone is fucked and everyone is going to die,unless they make lots of weapons. It has violence but not enough to cause offence,it has the usual government corruption,trying to hide the outbreak away,and the so called cure they have for the outbreak no longer works. But it is still an enjoyable romp. Give it a go it only cost me £5.00 so the price of a pint and a half of beer isn't going to break the bank.