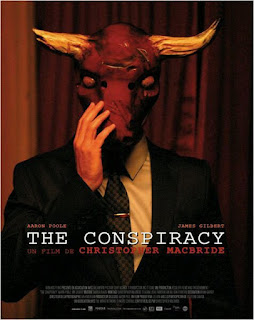 Who do you thing runs the world, politicians?
Have you heard of the word The New World Order. Where just one organization can control everything.
Well this found footage is what may explain everything. Based loosely on true events,and we are never sure if this is fake,or a real story,with  two filmmakers Aaron and Jim making a documentary about conspiracy theories, the usual theories come up 911, JFK assassination.

They centre the whole documentary around a local man known as Terrance G who wears a sandwich board,and through a loud megaphone,spouts conspiracy theories. The film makers think he is a nut job,but will make a great character for the documentary. The problem is when they meet him,he is not a lunatic,but has generally interesting ideas about everything.

He tells his theories about world tragedies all linked to one secret organization called  The Tarsus Club and has linked every world  event to this organization. When this Guy one day just disappears,his apartment trashed,all his research gone,the filmmakers know they are on to something.
They meet a contact who says that everything this man has been saying is completely true. This organization really exists,of world leaders, corporations, Respected Bankers. And they really are the power in the world. And he has a way of smuggling them in to the next meeting. So armed with pin hole camera's they go in to expose this secret organization.

With a ridiculous amount of power. I'm not going to spoil the ending,but it is frightening,with one of the filmmakers going missing,and the other so afraid to speak of the events,that happened that night. It is a brilliant third of a film. And is so scary that what if it happens to be true,or even loosely truthful is absolutely terrifying. A truly terrifying film about who really has power in this world.
3/5⭐️⭐️⭐️ 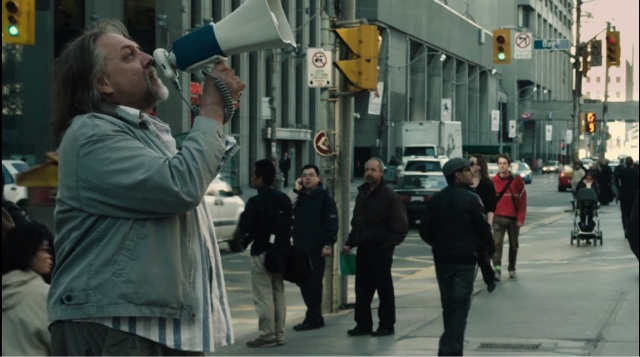