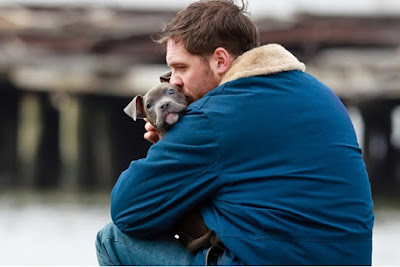 I just finished watching the Drop staring Tom Hardy and James Gandolfini,which is also famous as it was James's last film role before his untimely death.what can I say about the film the Drop, Bob played by Tom, and Cousin Marv played by Gandolfini,both work at a Bar that is a front for Chechen Mobsters, where Money is Dropped off for collection, with no questions asked by Bob or Marv.Trouble is Bob is a nice guy, quiet,not looking for trouble,never gets involved in bar fights,or disturbances, why would he work in a Bar which is a money laundering front for the Mob.

On a walk home one night,he hears movement,and whimpering from a garbage can,he opens the bin to find a badly beaten Pit Bull puppie, in which the owner of the house,comes out to ask him what he is doing on her property He tells her he has found a dog on her property,and they both take it inside to clean him up. Nadia agrees to keep the Dog for a few days,whilst Tom decides whether to keep him.He does keep the dog,and him and Nadia become quite close,whilst caring for the dog he names Rocco. In the mean time at work two low lives rob the bar of its takings,unaware the Bar is a front for Chechen Mobsters. When the Chechen's come calling wanting the $5.000 that was stolen,they want Bob,and Marv to return the money, yet Bob seems unfazed by this. He also seems unfazed by another low life,who happens to be the ex of Nadia who keeps threatening him,because he now has ownership of his Dog.

It is a strange film with a very small twist to the tale not major,but still interesting. And maybe Bob might not be as nice a guy as he appears. As I said I did like this film,yes it is very slow, more about character development, but Tom Hardy puts in another perfect performance,as the likeable Bob,and Gandolfini plays Marv very well,not menacing, or Mobster like he normally plays,just a Normal guy. Noomi Rapace as Nadia is very good also,showing a vulnerable woman,who has been mistreated in the past,and has a habit of picking the wrong guys. I'll admit I do like Noomi she has that something about her, I always liked her since the Dragon Trilogy,but just seems to get prettier every movie she makes, and yet she is not stunningly gorgeous but she definitely has something I like in her.

A lot of criticism has come about the ending of this film,but I liked it, I liked the fact you have to interpret your own ending, I like all the online discussions about this film and what they think about the ending, if you have to talk about a film after it has finished surely the filmmaker has done his job. I liked it,yes it is a slow burner of a film,but still an interesting film. With some violence,and body disposal,with sudden amounts of violence,you do not see coming.
More a thriller,than an action movie,but still a good film,with some violent scenes.
3/5⭐️⭐️⭐️ 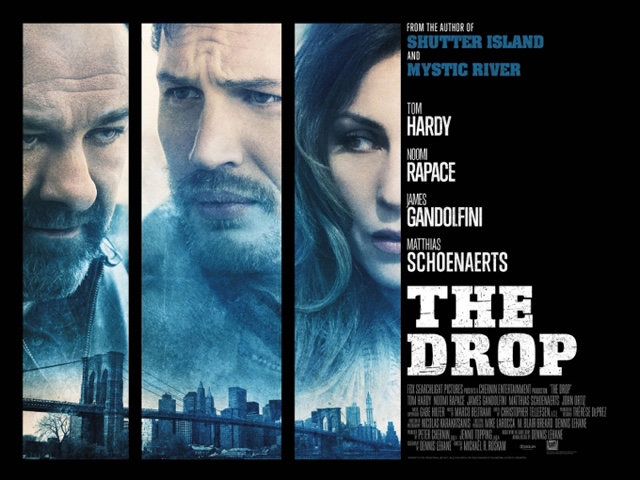