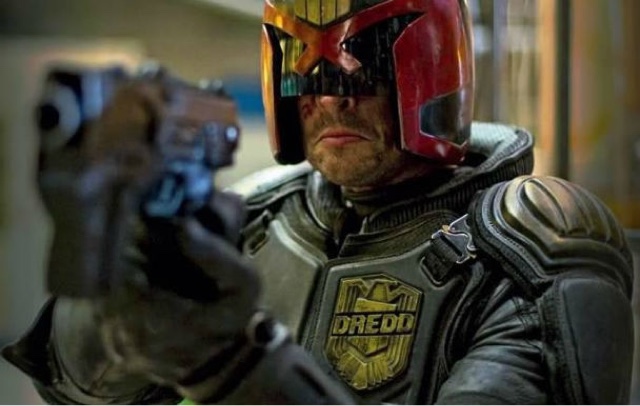 I will have to admit I was a comic geek in the 80's my teenage years was filled with not just films,and very cool  liberal parents,who allowed me to watch any film on VHS,as long as it wasn't porn. But alongside them I was a huge 2000Ad comic fan. With this title above being my ultimate favourite,and that was Judge Dredd. A judge,jury and executioner in one,in a harsh world after the third world war,when nuclear weapons has destroyed what was left of the USA, we have the massive enclosed city called Mega City One,almost two cities in one, like an  apocalyptic New York mixed with Chicago,with huge Tower blocks where hundreds of thousands of residents live.

Now Dredd, just so happens to be one day in the life of this judge. He is to liberate a tower block,to arrest, or more likely kill Big Momma, a scarred vicious,drug kingpin who runs the tower block,with fear,from all the residents. She is a psychotic, in the opening scene she is seen to be given orders,to have men who betrayed her to be skinned alive,and thrown from the top floor of the Tower block,thousands of feet to their deaths,if the skinning didn't kill them first.

This film is shockingly super violent,then again so was the comic,with a shocking Body count,of blood gore,and mayhem. Thank god that the producers of this stuck to their guns,and forced the studio to release it as a Restricted R in the States and a glorious 18 over in the UK.
This film deserves nothing more than a proper adult rating, not like the ridiculous 1995 Danny Cannon version with Stallone,who shockingly took of his Helmet.

Everything about this film is perfect, Karl Urban, who hardly utters a word, but you know from his expression of his lower face is f##king hard, with great support from Olivia Thirlby unrecognisable as a blonde, who plays Rookie judge Anderson,as a psychic,who can get into people's mind,and foresee any dangers. And Game of Thrones, and 300 actress Lena Headley is dangerously psychotic,not the usual gorgeous actress she is but a grungy vest wearing psycho. This film is perfect for the fan base of 2000AD geeks, a film we have cried out to for years.

With pressure now from the same fan base to have a sequel made, is still unknown,as this film was considered to be a flop,even though it is brilliant. Even Karl Urban is tight lipped about it,being asked the same question over and over. So please out of all other pointless sequels Hollywood throws out every year,please, please reconsider giving the green light to this film.
P.s. On the 3D aspect of this film it is not a gimmick,if you have 3D it is worth the upgrade as the 3D visuals aresuperb,especially in the drug taking scenes,the picture quality is grainy but that is made that way,overall a perfect film, that may never get a sequel it deserves.
4/5⭐️⭐️⭐️⭐️ 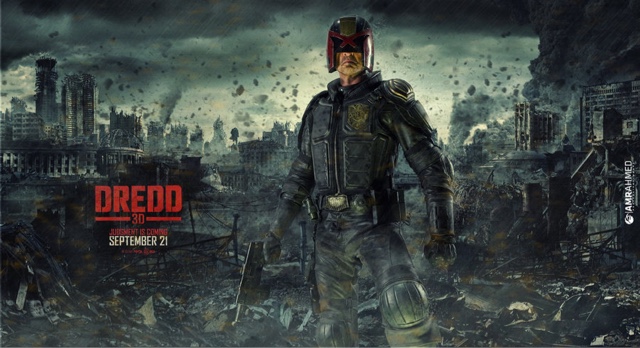