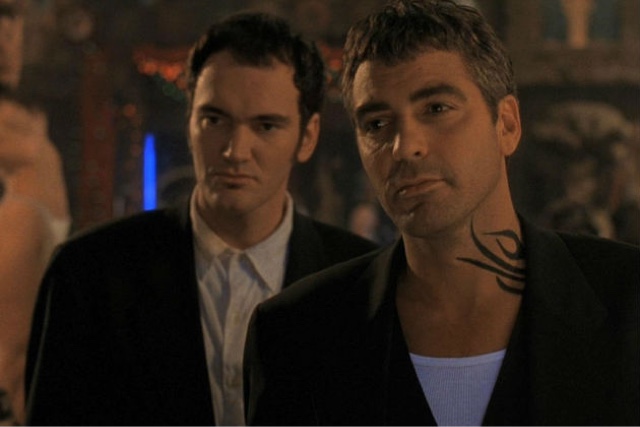 I know I mentioned not doing Horror,but after watching Everly last night,I had to revisit this film. Which is probably the finest Vampire movie made in the last 20 years,the film is very violent,very brash,extremely sexy. And without doubt the best George Cloney film ever period!!!
Written jointly by Quentin Tarantino,and Robert Rodriguez, and directed by Robert Rodriguez. This film being 19 years old now is still brilliant. And starring a cast of fab actors,some we don't see very often now such as Juliette Lewis, Harvey Keitel, and cameos from Danńy Trejo,Cheech Marin and special,effects wizard Tom Savini. We all know the story,if you don't where the f@@k have you been. If not to watch the brilliant final third of this glorious over the top blood fest, please just watch for the gorgeous Salma Hayek debut performance as Santiago Pandemonium,you will not be disppointed. And George Cloney as Seth Geko the coolest best looking man in the world,even with tattoos. Pisses over the TV series,and any other piss poor sequels just watch this. And even Quentin is brilliant as the mentally disturbed Richard. Yes the Geko brothers will go down in history as probably the most famous brothers onscreen for a while. And remember you be Cool. 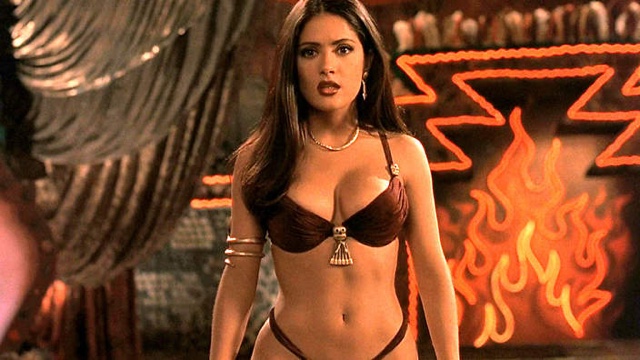 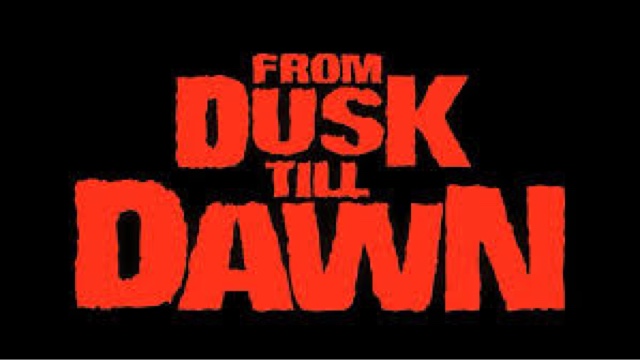